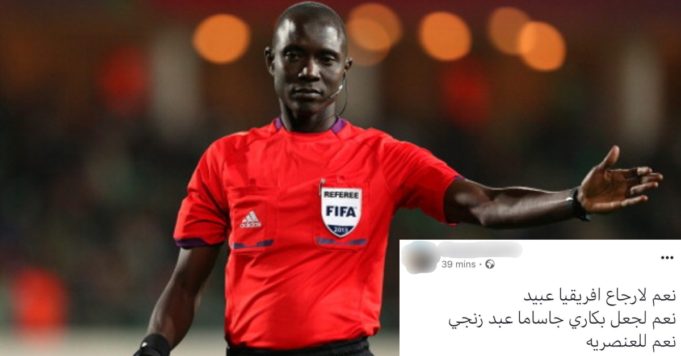 Last Saturday’s Al-Ahly match results were somewhat disappointing. And somehow that disappointment turned to anger, and that anger to ugly racism all against the game’s referee, Bakary Gassama.

Whether you’re a football fan or not, happened to be out in a cafe or a restaurant last Saturday night or not, scrolled through your social media feed or not, odds are you probably already know that last Saturday, Al-Ahly was playing against the Mamelodi Sundowns in the CAF Champions League.

Although Al-Ahly did win that match, people were extremely disappointed.

Apparently because the first match between the two ended with Al-Ahly losing by 5 goals, and they had to score at least 6 goals in the return leg to proceed in the competition. But since they won by only 1 goal, they were eliminated from the competition.

But we can honestly say that this is not the worst thing that happened because of that match.

Some of Al-Ahly‘s fans blamed their team’s elimination on referee Bakary Gassama, calling him biased and unprofessional.

But, that was also not the worst they called him…

After the game, people took to social media to vent about the disappointing results and -of course- how it’s all the referee’s fault.

But their ‘criticism’ of the referee’s performance took a very, VERY scary turn.

While we watched Al-Ahly fandom mourn and argue over the loss of their favorite team, we stumbled upon a very disturbing Facebook post.

The post contained several people’s angry comments, not on the referee’s professional performance or behavior, but on the color of his skin!!

But before we show you how ugly, and quite frankly disgusting this gets, we must WARN you, that the following content is insulting, offensive and can be triggering.

People asked for SLAVERY to be reinstated… 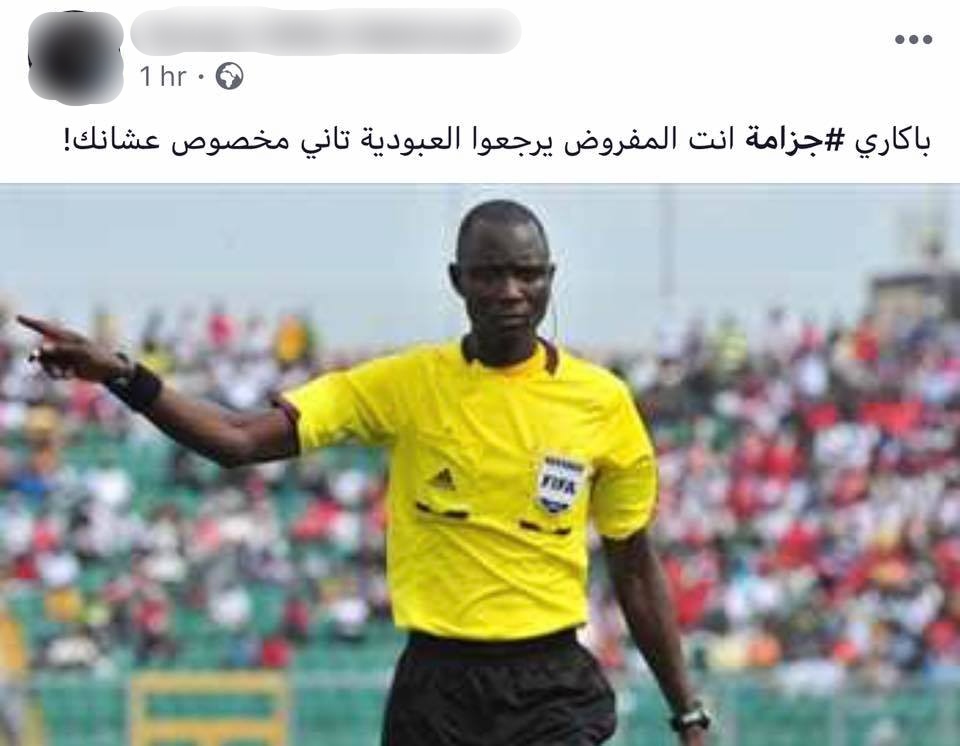 Apparently because your football team has lost, you can just casually use the N* word now?!

Reminiscing about slavery because it was oh so good? 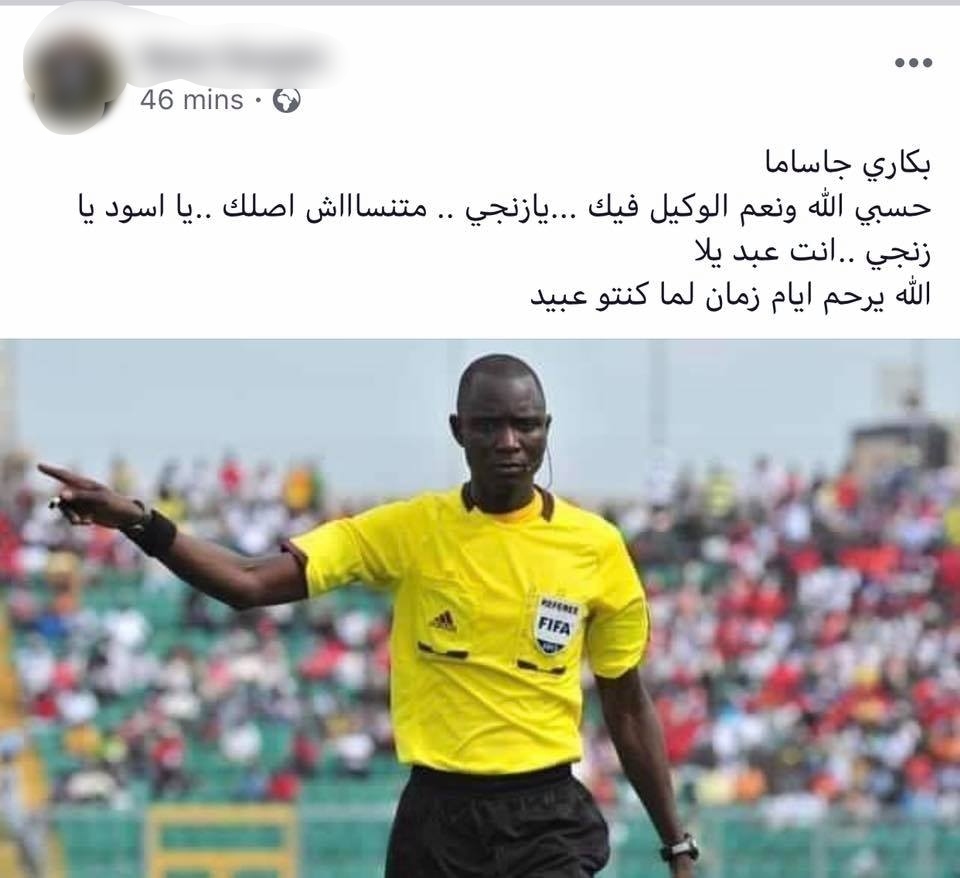 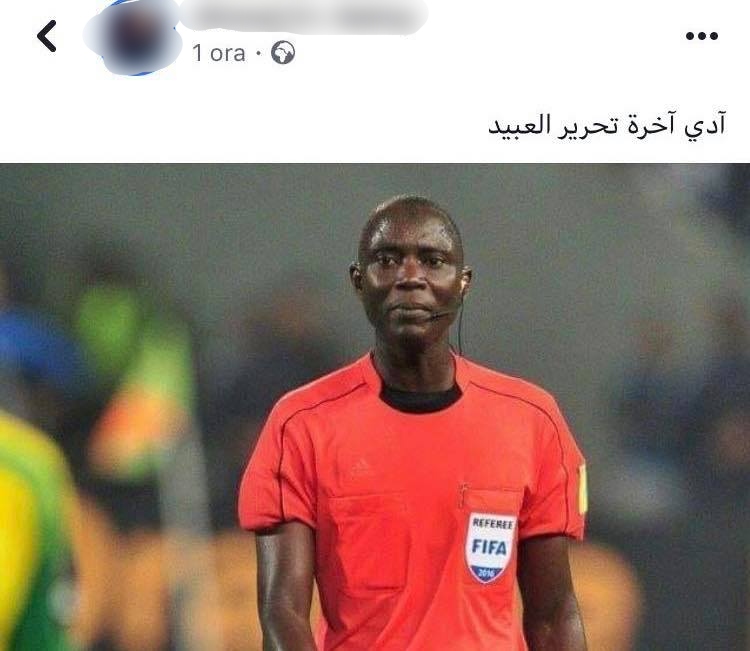 Wishing you had enough money to “buy” him? 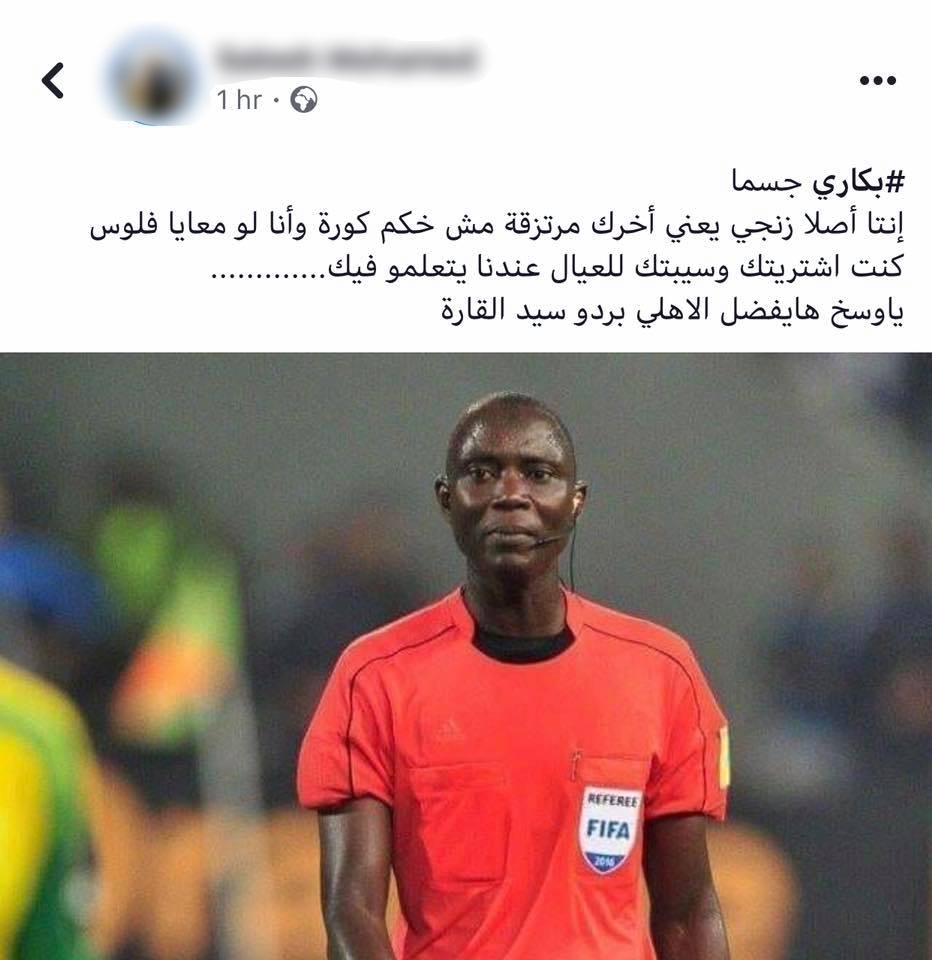 There are no words…

Actually on second thoughts, we do have one question, what in God’s name is wrong with you people?

This is a rhetorical question, we have seen enough. Only a professional can dig deeper into your psyche because they’ll get paid, so use the money you want to “buy” people with and for the love of God, SEEK HELP!

Why ugly racism is not the only thing that’s scary here?

Here is the thing, these people are probably harmless and could even be nice people in their daily lives. But two things caused them to display that much hatred and ugliness.

For some reason it has become socially acceptable to be obsessed sports fans and go to extreme measures just to “defend your team’s honor”. Up to and including calling people slaves and the other word which we refrain from using.

This, although, completely unacceptable has been rendered acceptable and agreed upon as a form of “supporting the team”, and in the name of supporting that team, people think anything is justifiable.

And this is exactly the mentality we should be working on changing.

As much as we like to claim to be politically correct and educated, we still lack the basic knowledge and understanding of ourselves and people around us.

Which is why those “African” Egyptians were asking to make “Africans” slaves again. Worse, it is why those supposedly educated “adults” so casually insulted an entire race, minimized a centuries-old struggle, and alienated a tremendous amount of their Egyptian brothers and sisters for the color of their skin.

Also, it is probably why they keep forgetting that they ain’t white.

Honestly, we don’t know nor care about whether this referee was doing his job well or not. We do, however, care to make sure that this kind of behavior is NOT normalized.

Because maybe, just maybe, they’ll realize how, you know, it should NOT be a matter of pride to have a racist derogatory mind. And maybe learn to, I don’t know.. KEEP IT TO THEMSELVES.