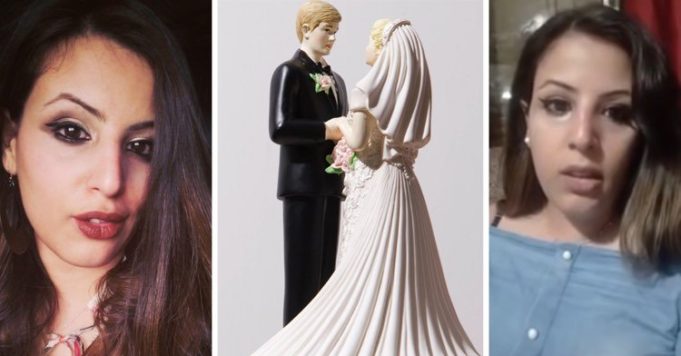 We’ve all seen the video, right? A bold Egyptian girl in her early thirties, posting a video on her Facebook page and so calmly announcing her wish for a marriage arrangement. Asking those interested to directly contact her.

Maha was quite aware of the consequences of her actions. She spoke openly about how she expects social media to open fire on her video, and so it did. The thing that made Maha remove the video, shortly after. The thing that also made us wonder, what would’ve been the scenario if it was a man, in Maha’s shoes?

In a phone-interview with Lamis El Hadidy, Maha talked about how she resigned from her job. For one, she wanted to spare herself the side-talks and the gazes (since she’s basically a trend now). Also, she’s well aware that a bank won’t ever take the matter lightly.

In our society, a woman is pretty much expected to spend most of her adult years waiting for suitors to come knocking her door. And any engagement in a non-official relationship would be somewhat shamed. But what about our needs?

A man is always at liberty to openly start his hunt for his “perfect match” or wife. So, why not girls? We can’t deny the fact that because of such restrictions on females, a large number lose their best biological years to being single. Like, WHERE WOULD THEY MEET ANYBODY HALF DECENT?

When a man becomes of age, he is more than welcome to announce his marriage intentions. On the other hand, it’s a basic taboo for a girl to do the same. Somehow, it’s linked with being “flawed” or “lacking self-respect” and in some worst cases, it connotes to the girl’s sexual desires.

The stereotype of the damsel in distress or the Disney princess waiting in the tower for her Prince Charming type of narrative that we were basically fed as kids, shouldn’t still be promoted in 2020.

It’s nothing but the male-gaze or the input of the patriarchal system projected on Egyptian women for ages and ages now. And, to witness one woman defying all that in a simple act was definitely pleasant.

To wrap this up with a bow, if it was a man here today, no one would care.