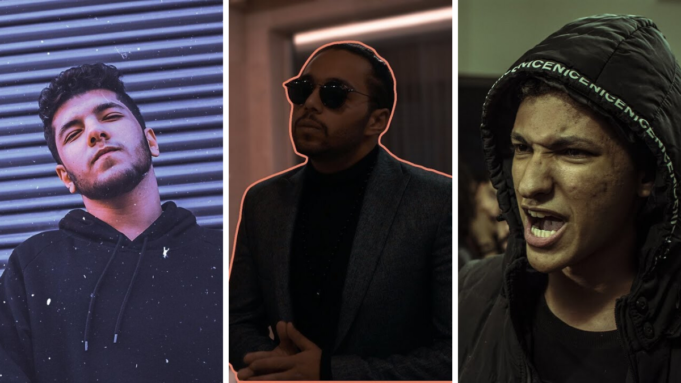 If you’re slowly getting into the Egyptian rap/trap scene, you’ve made it into the right article! We know all the choices you’ll find might overwhelm you at first glance so you’ll stick to the majors. And as talented as they are, Abyusif, Wegz and Marawan Pablo aren’t all there is to keep up with in the trap scene.

So who, you may ask, should you keep your eye on? Get ready to read all about it!

You may have noticed the fact that Abo El-Anwar completely owned his verse in the insta-viral Basha E3temed hit featuring Abyusif. If you take a look at his other tracks, you’ll realize there’s more where that came from too.

With the route this artist is taking, we can clearly see him becoming the talk of town soon enough.

As underrated as he is talented, Arsenik has the seal of approval from most fans of the rap scene, including those who are hard to please.

Want in on the action? Hit the play button and don’t look back.

As Aswan’s first real rapper, Nobi had a few barriers he had to break and guess what? He’s already going at it with a sick flow and sicker lyrics.

If you don’t put him in your playlist, you’re definitely going to miss out on all the fun.

Music is meant to transport you to other places and other worlds and Lege-Cy has the habit of following this rule to tee. Currently, many foresee him foraying into the mainstream, so jump on the bandwagon now.

Eclectic, fun, and a decent freestyler to boot, Santa has a bright future in this scene. And when he’s going places, feel free to brag about how you just knew because you kept an eye out.

We have no words for this one. Listen to the track and you’ll get it. He’s got the flow and the hype, so you’re going to have fun and you’re not going to miss out.

Yes, this is the first rapper to really go all out about rent and paying his bills and yes, it’s incredibly fun to listen to. Know what else is fun to listen to? All of Azwed’s other tracks.