Identity Magazine
Home Trending Proof: Hell is For Those Who Peak At Their Significant Other’s Phone!
Facebook
Twitter
Google+ 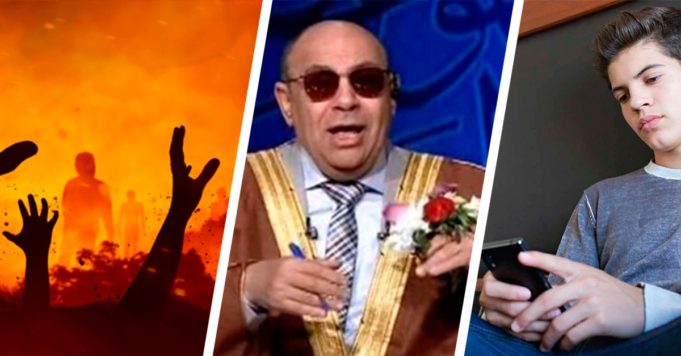 In the latest episode of the talk show ‘Happening in Egypt’ or ‘Ya7doth Fe Masr‘ which airs on MBC Masr Channel, religious preacher Mabrouk Atteya addressed the issue of a husband peaking at his significant other’s phone, ruling it as forbidden or ‘haram‘.

Al Azhar professor continued to explain that a husband looking at his wife’s phone without her consent is a breach of privacy and invasion of her personal property.

In his interview with host Sherif Amer, Dr. Atteya supported his statement and said that if she or her father had bought the phone, then that would make it her personal property, not the husband’s. Therefore, he has no right whatsoever over her own personal belongings.

Host Amer then proposed a counterpoint. He asked Dr. Atteya if it were okay for the husband to look at his wife’s phone if he were the one who bought it. Azhar Professor Atteya then slammed this argument by saying that even if the husband had bought her the phone, then it was a gift. And giving gifts is equal to selling, so it’s still the wife’s property, not the husband’s.

Dr. Atteya also stated that if someone cheated on their significant other, it is as if they cheated on God himself. Therefore, it is in God’s hands to punish him\her, not the partner. Therefore, even having doubts about cheating does not justify peaking at a partner’s phone behind their back. In a nutshell, NOTHING does.

Which you shouldn’t need a religious verdict to know!

So to anyone who thinks that it’s their given right to completely breach their wife’s privacy just because they’re ‘the man’, it is not!  Not only is it haram, but it is also completely disrespectful. So please stop it!