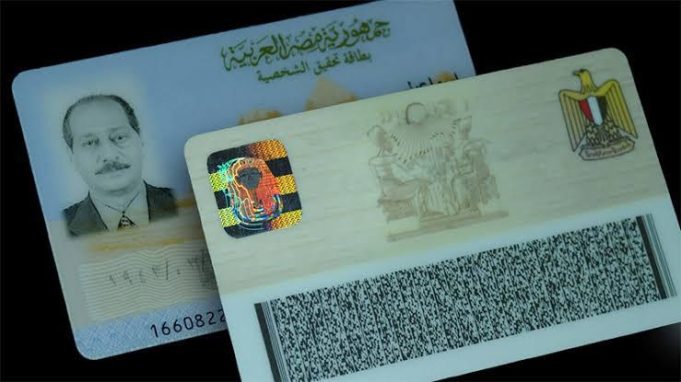 Ismail Nasr, an Egyptian Parliament member, is proposing a bill for a law that mandates removing the section of religion in all national ID cards and municipal paperwork.

If applied, this law will lead to the removal of any indication of citizens’ religion in governmental paperwork.

The reasoning behind the proposal is that every citizen deserves the same rights and responsibilities, with no ulterior criteria or prejudice whatsoever.

Now addressing the elephant in the room, diversity is somehow…a new and young concept in Egyptian society. And it’s no secret that in some sections of our society, there is some type of bigotry whether subtle or not—both equally destructive.

Bear in mind that our office is of a very diverse background. We all reached out to different people we know in Egypt, from different backgrounds, summarizing what they think of this law.

Abstractly, this is a start to contend with bigotry, institutionally at least. Hopefully, prejudice based on religion is eradicated one day.

However, municipal paperwork, such as in applications of inheritance laws, can prove challenging; it may even open windows to scamming.

We asked a total of 34 people we know: of which 59% were with, 29% against, and 12% neutral or apathetic towards the removal of religion from the national ID card.

Here is a sample of the opinions we received:

“Well, it might help with how municipal employees’ treatment vary according to religion. But not much with the public. It’s weird that till this day, people can change the way they treat someone when they know that they are from a different religion.”

“I believe this step won’t change anything much, but it’s a start.”

“I am completely against mentioning the religion on our official papers as it gives a chance for people to categorize you and there you find persecution according to it…I personally go through a lot of hard times because of my religion mentioned on my official documents because I’m a Baha’i and I have a dash (—) mentioned on my ID. I’m usually questioned what’s your religion? Why do you have a dash? Aren’t you a Muslim? Are you a heretic? You don’t have a religion? Besides that, most of the people don’t know about the dash option and for example, the police officers could just stop me for a while to discuss what is it and why do I have it like that (while they should be checking my national ID number instead). Also, it allows people to judge me and think I’m different from the majority, there you find harsh times. I’d like to have it removed and to add the blood type instead, it would be more effective.

I would like to not have a religion that is not mine written on my official papers. I feel like a fraud, however, for me and my family’s safety, I am obligated to say that I’m a “Christian” rather than a Jew. Many state that they’re Muslims, but I feel like they can easily get caught. No one cares if a Christian is religious or not, so I can easily blend in.

“In my opinion, there is no reason for the religion section in the national ID card. But the problem is not in its existence or not, it is not in the discrimination in people’s behaviors. That is the root of the issue, hiding the name of the religion will not hide it, nor it should be hidden. It’s not the IDs that need to change, it is the mindset of people.”

“This will solve nothing, the struggle we are dealing with is with the mindset. The things that are hidden in the underlying tone are the worst. This won’t help with it.”

“It can be very problematic to go to church as we need to show our IDs to get in there.”

“It can be a mess to handle interference cases as the law is based on the religion. There has to be some reference to avoid any scams or identity thefts.”

I think it’s ridiculous. Hiding it will give it more power. The harder it is to know something, the more significant that information would be. I think a more effective approach would be educating people and teaching them not to discriminate…it’s exactly like telling women to cover up to solve harassment instead of educating the assailant; we cover up or hide the victim.

“I think it should be optional to have it or not.”

“I don’t think it would change much and will only make a stirrup in governmental sections to issue new national ID cards.”