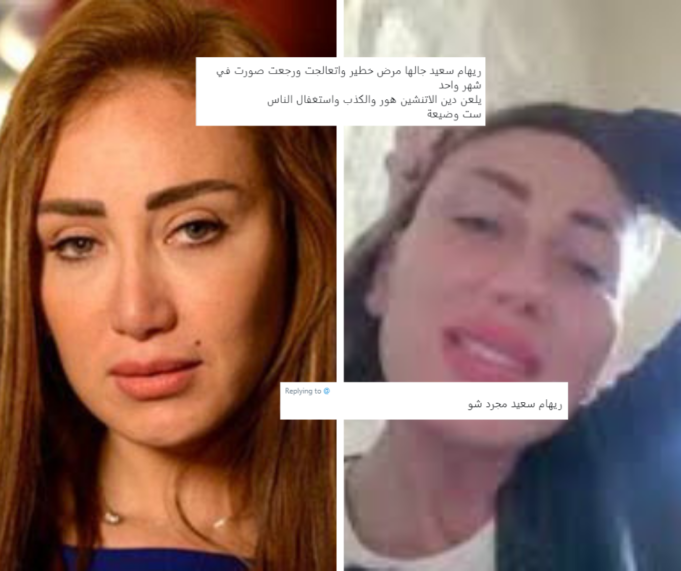 As of late, we’ve all heard the news about Riham Said and her mysterious “flesh-eating” disease.

At first, we all thought it was a rumor, but slowly it’s been drifting to the edge of truthfulness until some accused her of lying. Why, you might ask? Well…

Some people found that especially hard to believe and took to the internet to call her a liar, which Said disclosed in an interview airing on July 27th.

So, What Is The Truth About This Disease?

According to Said, this disease is a microbe that might have not been that dangerous had it not been in the ‘Triangle of Death‘, or the area around the nose and eyes. 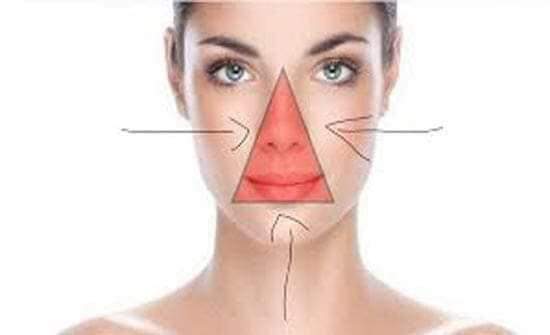 The danger here comes from the fact that this area cannot be helped by antibiotics because it’s a no-blood supply zone, according to Said.

Said then proceeded to say that she had no idea how she got this microbe, citing that it may have been through teeth bacteria or perhaps a broken nose.

Interestingly, she said she had had surgery on her nose about 12 years ago, so maybe that was a clue.

“The doctors didn’t care much as to how the microbe got there“, Said said. “They were more concerned about treating it immediately.”

It probably didn’t help the TV host’s case that she had the microbe for about four months before deciding to take it seriously.

It was something that could have been solved through shots, she revealed she’d thought.

Said’s doctors told her that the stress she’d been under for the past 3 years weakened her immune system, so the antibiotics won’t work on her. This later on led to her removing her nose, which many still doubt happened.

The doctor told her she’d live nose-less for about 6 months, following that with three surgeries to root out the microbe and remove the nose.

After the third surgery, the one when she would remove her nose, Said revealed she woke up and found that she still had a nose. 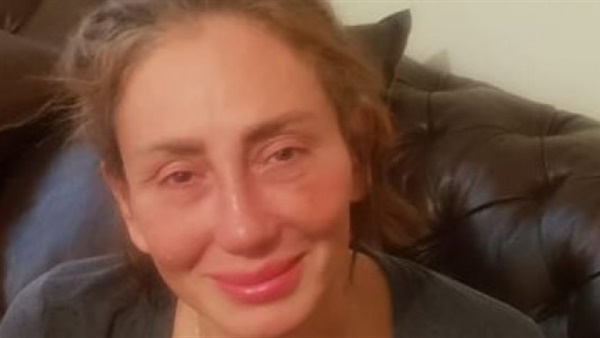 “My doctors said they consulted each other after the surgery“, she said. “They were positive that if I woke up without a nose, I’d look at it and just commit suicide, so they took the risk of building my nose again.”

Although the doctor did say that they would need a miracle for the rebuilding surgery to work as soon as it did (since the nose was wholly ruined) the team ended up taking parts of Said’s ears to rebuild the nose.

“The doctor said that if my nose was okay after a month with the heavy medication“, the host said, “It would be a miracle from God.”

However, Said later added, if her nose started reddening or filling with pus, then they would have to remove the nose again in its entirety.

This time, if they were to rebuild it they would need parts of her rib.

All of this information, however, didn’t help to sway public opinion on her perceived “lying”.

Regardless of any details Said provided and anything she’d mentioned about her surgeries, the people are still very much unmovable in their stance against her.

Several accused her of lying to get sympathy, publicity and ratings for her show, or an excuse to perform plastic surgery. Those who did believe her are outspokenly very happy that she got “what she deserves“.

To all these accusations, Said had a firm response. She said that she didn’t want anyone’s sympathy nor their attention.

“I didn’t even need plastic surgery before“, she said in the interview. “Why would I get it now?”

To other accusations about her miracle recovery and going back to work, Said’s agent revealed that she went back because staying put with nothing to do but dwell on things was making her depressed.

Naturally, this wasn’t the first time Said had been accused of lying about her illness, which was a mysterious news headline only a few weeks back.

Only then her illness was referred to as a “flesh-eating” bacterial infection, which led to many calling her a liar.

When asked about those rumors, Said went off.

“I never said anything about that“, she said. “My sister had to correct the people when the rumors went out of order.”

Said went on to accuse the public of lying and putting words in her mouth, saying that they attached a fake disease next to her name then got doctors on air to reveal the rumored disease’s falseness.

Why The Public Should Back off A Little

Riham Said’s controversial history isn’t exactly a secret. We’ve all heard about her stances on many things and all of the unpopular actions she’d undertaken, the last of which had her temporarily off-air as penance.

However, this isn’t an excuse to accuse the woman of lying about a potentially fatal disease. When it comes to illness and severe side-effects, we need to take a step back and think about the consequences.

If, in the end, it turns out that the TV host is lying then that’s a horrible action that won’t be forgiven. For now, though, we need to give her the benefit of the doubt.

These type of actions usually reveal more about your character than that of the person you’re attacking.