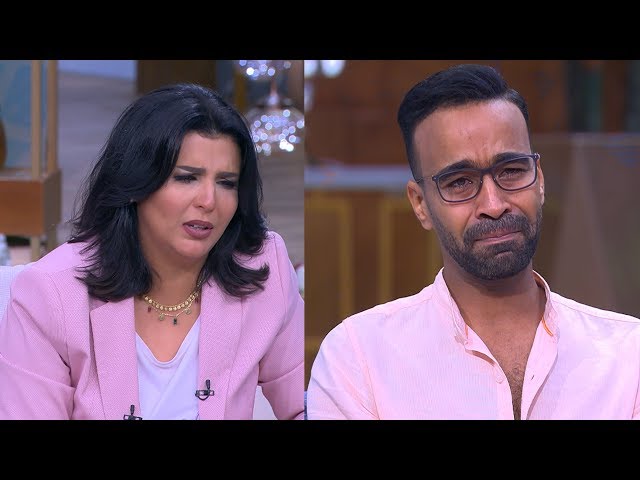 It’s safe to say that Egyptian media is witnessing its darkest phase, yet; we barely have a media personnel that is worth looking up to. They mostly get famous for just being there for a long time, and not because they are worth the recognition.

Mona El Shazly, one of the “most renowned” TV hosts, does not only lack the skills and charisma to be on TV, but she’s also extremely insensitive to the point of making it awkward for her guests, and viewers alike. Her interviews are always a trainwreck that you can’t seem to look away from.

We understand El Shazly’s intentions. She thinks she’s Oprah Winfrey of the Middle East, where she hosts her guests to share their stories and inspire others. The difference, however, is that, while Oprah has her guests cry as well, they mostly do it out of pride.

El Shazly, on the other hand, pushes her guests to cry just for the views. She always bullies her guests and makes them feel bad for themselves so she’d get a few teardrops, use it in the promo and social media and get views money!

We can make a whole list of awkward interviews done by El Shazly, but we promise you, it will take us up to at least 3 working days to set up the list because they’re that many. We’ll only take a look at her latest interview with the cast of SNL, which is safe to say, is the most insensitive thing we’ve watched. Ever.

El Shazly interviewed the cast of SNL and tried to drag the content out of them, forcefully, leading two of the cast members to have a full-on mental breakdown on stage, and the others feeling very uncomfortable, and the viewers too – in the studio and at home.

Let’s start by looking at her interview with  Nancy Salah; the curly-haired carefree actress with a very interesting backstory.

To sum up Nancy’s story, her parents divorced at a young age and she spent her whole life without her mother. She decided to be on TV so her mother can see her and reach out to her; which happened when she made it on SNL at the age of 27.

While the story is inspiring and has a happy ending, El Shazly managed to drag Nancy down the mud and kept saying that this story “hurts” rather than inspire.

Her comments, of course, left Nancy crying, and she did not bother to cheer her up. Cast member, Sultan, was the one who tried to light up the mood and make Nancy laugh. All El Shazly offered was a cup of water, which we’re not sure how it can help lift up Nancy’s mood.

After that, the audience cheered for Nancy, which started to make the girl feel better, but El Shazly needed to make sure Nancy still feels down by saying “very weird.” No, this is not a translation, she literally said that.

As Nancy began to finish her story, she was interrupted by El Shazly numerous times, and El Shazly would review the story again with the wrong facts, showing that she’s not even paying attention to the woman who’s exposing herself to her.

If you think that was bad enough, it gets a lot worse when she interviewed Mahmoud El-Laithy. El-Laithy was an established engineer before he started acting, and gave up on his career to pursue acting. He shares his story, which was full of hardships and he said he’s sharing it to inspire viewers.

He starts by saying that he would travel between Ismalia, his hometown, Port Said, where he worked, and Cairo, where he attended acting classes. She then belittles his experience by stating it’s normal. He tried to defend himself, but then started being sarcastic to save his face.

El-Laithy then states that he was jobless when he came to Cairo from Ismalia to start his acting career and was obviously broke to the point of not eating for days because, well, he was jobless with zero income.

El-Shazly then started asking all these silly questions and expressed her surprise at how he could not afford food. He tried to tell her he had no income, but she refuses to understand. The woman starts flexing her privilege, making it seem like it’s something out of the ordinary if someone does.

He explains that he used to have one pack of Indomie noodles every two days, and she starts making it seem like it’s an unbelievable story rather than an inspiring one, making the actor cry on stage. He was then consoled by his cast members, and she still has the “I don’t understand how this is a true story” attitude, and not making it better for the man.

She then decided to go on a break and asks cast members to go hug him, as if that’s all that’s needed to make things better for him.

Both Nancy and El-Leithy’s stories were inspiring, and it broke my heart to see them feel belittled by El Shazly. As viewers, we don’t need to see people belittled to get their stories out there. We do not want them to feel vulnerable for our entertainment.

As an experienced professional who has been in the business for a very long time, El Shazly should know better.

The problem isn’t that she does that though, it’s the fact that she makes a living out of belittling people for views.

This needs to stop.

People’s tragedies are not supposed to be used for entertainment purposes.

Now I know, some might say we’re using El-Laithy and Nancy’s stories for an article, so this means we are doing the same thing. To an extent, yes, I agree. However, their stories need to be shared, and this interview does too.

This interview could have been the most inspiring thing we witness happen to our modern days, but it was rather turned into the most insensitive interview due to the fact that no one views celebrities as human beings, and no one holds those using people’s emotions for their personal glory accountable for their actions.

We’re sure El Shazly can excel at many other careers, but being the Arab Oprah is not one of them. Please stop.