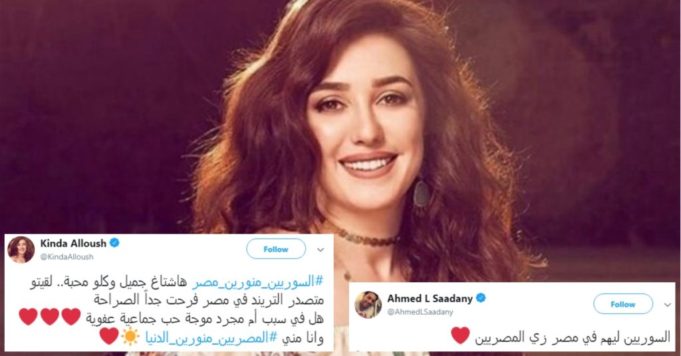 Recently, lawyer Samir Sabry (who is famous for suing everyone for everything) presented a report to the General Attorney demanding the implementation a financial monitoring system on all Syrian money and Syrian investments in Egypt.

And that’s all it took for Egyptians all across the country to stand together for their Syrian brothers and sisters.

It is no secret that Egyptians and Syrians are deeply fond of each other. But every once we are faced by a while a gentle reminder that reminds us of how beautiful this relationship really is.

This time it’s a simple hashtag that is taking social media and especially Twitter by quite the storm. The hashtag “السوريين منورين مصر” loosely translates into “Syrians are extremely welcome in Egypt”.

And before we showcase the amount of love that flooded social media lately, let us understand first what is the deal with this “financial monitoring” thing?

Well, Mr. Sabry never really needed a reason to sue or report anyone or anything. But according to the content of his report, the reason he made these demands is that he fears that Syrian refugees’ investments and businesses are monopolizing the Egyptian market and taking over entire fields and neighborhoods.

He -reportedly- also expressed his concerns about the source and use of said Syrian money demanding to implement a set of rules to monitor the money or the Syrian financial existence in Egypt and control its growth.

But it seems as though NO ONE shared Mr. Sabry’s concerns. Hence the viral hashtag.

Egyptians Standing up for Syrians

It wasn’t long after Mr. Sabry’s “concerns” were reported to the public before Egyptians raided Twitter defending Syrians in every way imaginable. Here is just a small sample:

Everyone seemed to deny the very idea of calling Syrians “Refugees”. 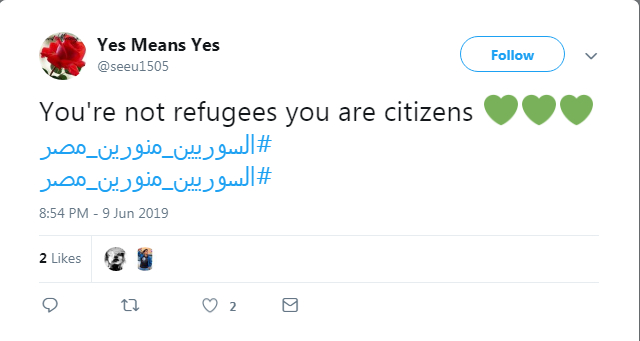 “Egypt is YOUR country, guys!” 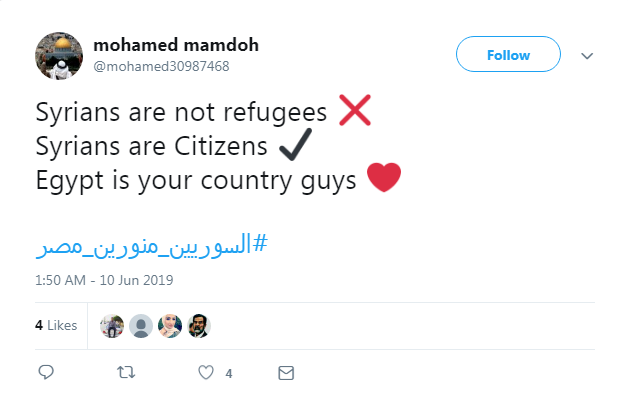 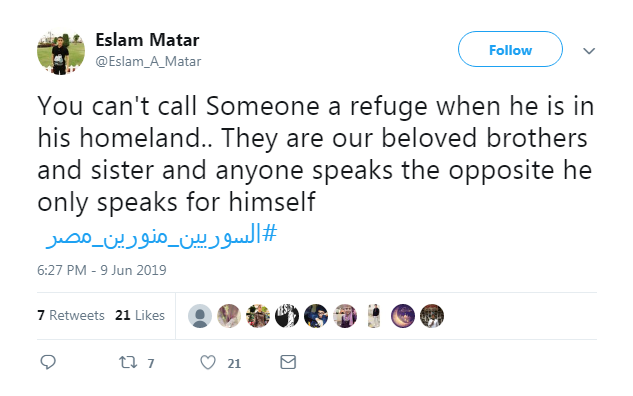 And calling them a “blessing”. 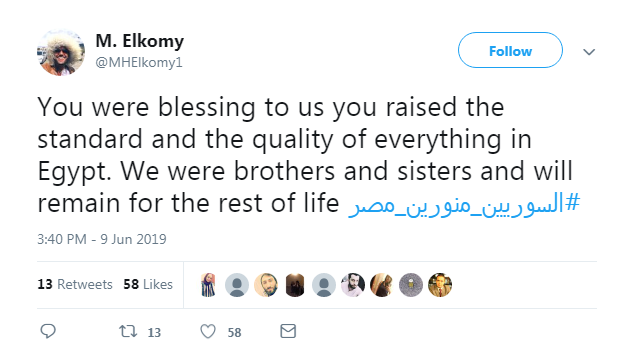 And lovingly asking them to “stay with us forever”. 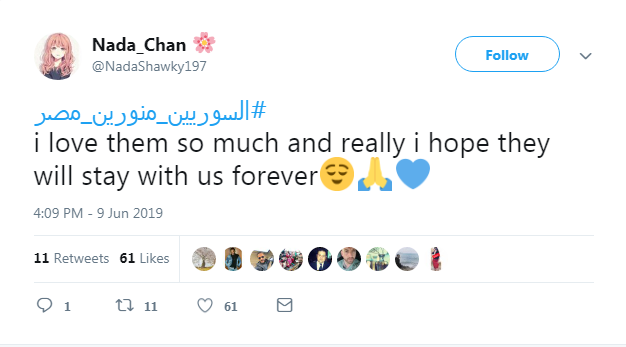 So it was quite natural for this hashtag to go so viral that it tops the Twitter trends list in Egypt. And catches the attention of everyone, even those who weren’t aware what had started it.

Like the Syrian starlet and sweetheart Kinda Alloush who reciprocated with another hashtag of her own; “المصريين منورين الدنيا”. 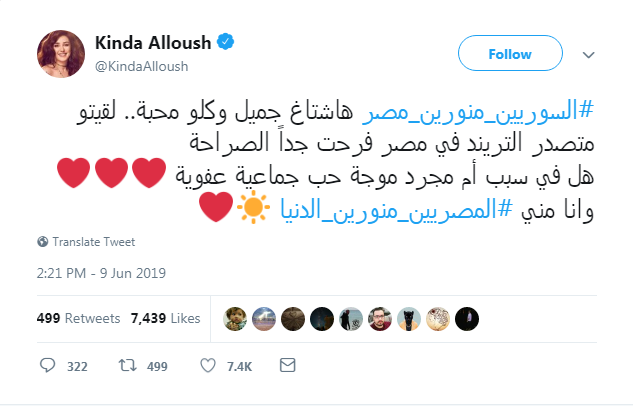 And as expected, people replied with more love to her and all Syrians alike. One of which was Egyptian Actor Ahmed El Saadany.

But isn’t that always the case?

It is not new for Egyptians and Syrians to support each other and have each other’s back, because like many people so eloquently put it, “We are one”.

For decades, these two countries have carried each other through one crisis after another. Who can forget when Damascus’s Radio aired its broadcast in the name of Cairo during the 1956 war when our own radio and podcasts were down.

So as amazing as it is that all Egyptians came together to defend Syrians’ name and place in Egypt, it is really not that surprising, because we are and always will be brothers and sisters.