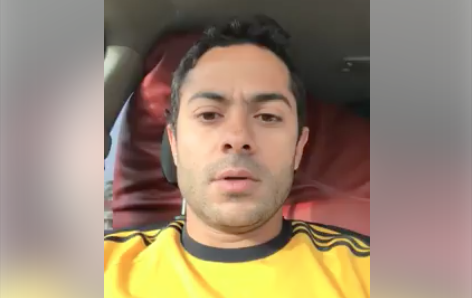 The dark comedy mastermind, Tameem Youness, has always found it effortless to make us laugh. From the time he tackled vampires, asked the devil all the right questions to the time he addressed the topic of drugs in Egypt and discussed the origin of Rawshana. We never complained and always asked for more! However, his latest video #Mafeesh_Fakka was borderline elitist and left us with a combination of mixed and contradicting feelings.

The video started out great because it confronted a serious issue that we do in fact face everyday. He started by pointing out how waiters assume that you don’t want your 5-10 EGP change back because it wouldn’t really make a difference to you. And most of the time, we usually do leave it and never ask back for it. That is wrong on our part because we confirm their assumption, which is that 10 EGP is ‘not that big of a deal’. We should get our full change back, and just because money would mean more for them than it would for us, doesn’t give them the right to just take it!

But the video took a strange detour when Youness started mocking the waiter’s hair, clothes and smell. He affirmed us that he is not a snob who looks down on people from lower social backgrounds, yet made fun of them for being less privileged.

After he was done making it clear that there’s a huge social gap between himself and those with “powder gel” in their hair, he moved on to say that “ehna fe balad mesh la2yen nakol”. He placed himself in the same category of the people he was just making fun of. So, no! Some people mesh la2yen yaklo and 3 EGP translates to breakfast for them, but Tameem Youness is not one of them.

And that bit about comparing Egypt to other countries where cashiers give you back your change to the last cent was irrelevant. Simply because the way he sent his message was mean and offensive. It would have been relevant to the topic if he had used this comparison to highlight that Egyptians do not appreciate the value of money and how that is reflected in even the smallest of ways such as giving you back your 1 LE change.

You can watch the full video below: