Identity Magazine
Home Entertainment We talked to Marwan Younis about “El-Fil El-Azrak 2” and his Many...
Facebook
Twitter
Google+ 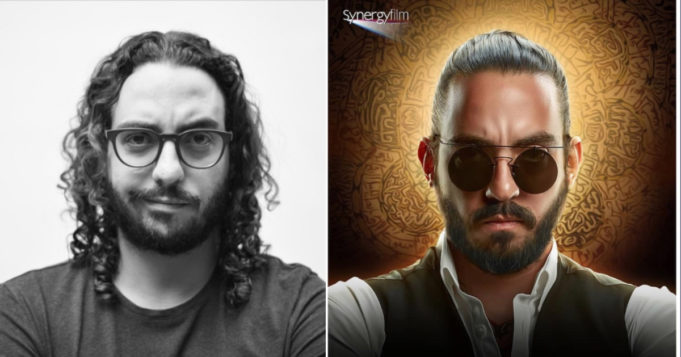 Unless you’ve been living under a rock for the past couple of years, you should know who Marwan Younis is! Younis is a content creator, entertainer, creative director, radio presenter; and most recently an actor.

He plays a a role – that we’re yet to be introduced to – in the sequel to everyone’s favorite book/movie “El-Fil El-Azrak“. So we took this chance to talk to Younis about his working experience with the stunning cast and crew.

We also got to talk to him about his life as an entertainer and radio presenter. And of course, his future plans. Especially those concerning acting.

Younis told us that he was cast as “Joe the bartender” after he heard they were looking for new faces. That’s when he called up his friend Ahmed Mourad to ask whether or not he thinks he’d be a good addition to the saga. After raising the subject with Marwan Hamed, Younis was in!

Younis continued to tell us about the cast and crew. And how Marwan Hamed is the kind of director who never loses his nerves. Which indicates how really good he is at what he does. In addition to how the set was always under control. 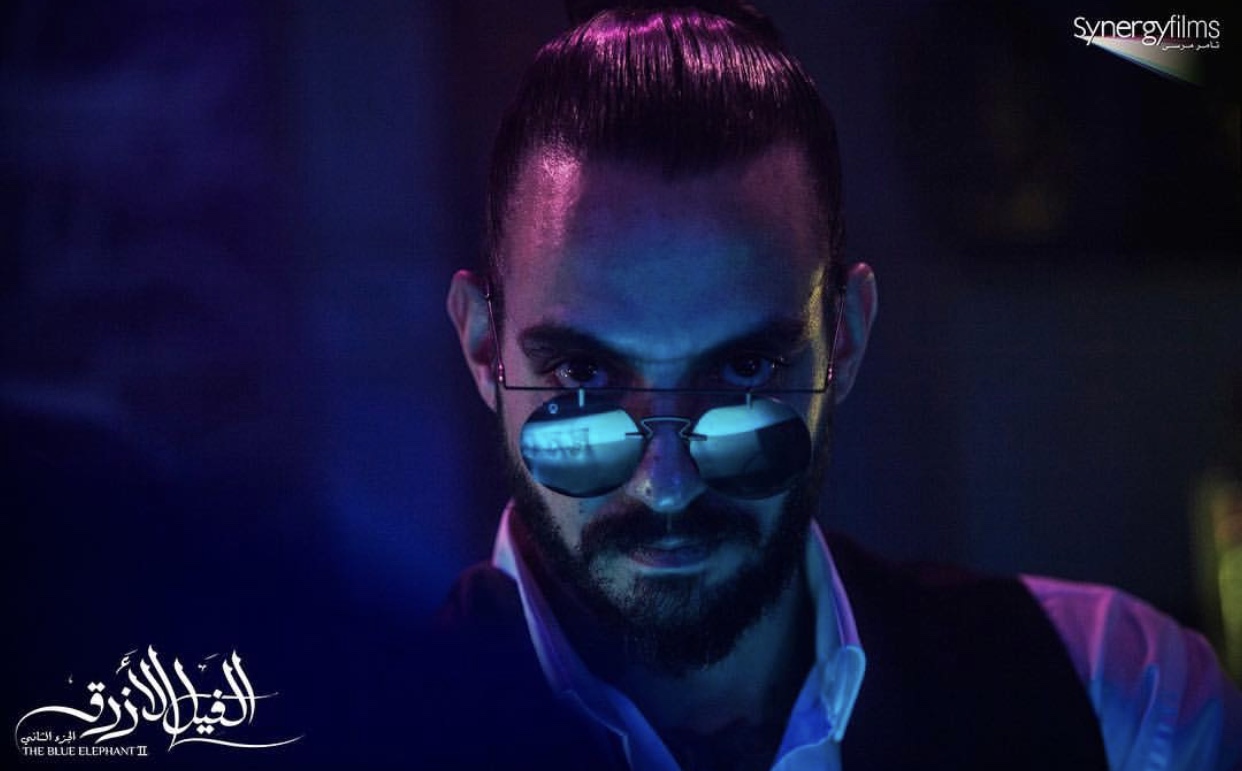 “His attention to detail and realism is impressive,” he added.

He also mentioned how he’s never met anyone like Ahmed Mourad in his life. And how he was extremely decent and supportive throughout the entire project.

This might be news to some of you, but this actually wasn’t Younis’ first acting experience since he appeared in a few ads before. But of course, he expressed how much shooting and being a part of “El-Fil El-Azrak” was very special.

“I was a fan of the first “El-Fil El-Azrak” movie. So, standing there with ‘Yehia’ and actually speaking to him was really exciting,” he said.

Younis told us about how much he was a big fan from the beginning. And that he had actually read the entire scenario of the second part in two and half hours because he couldn’t put it down. 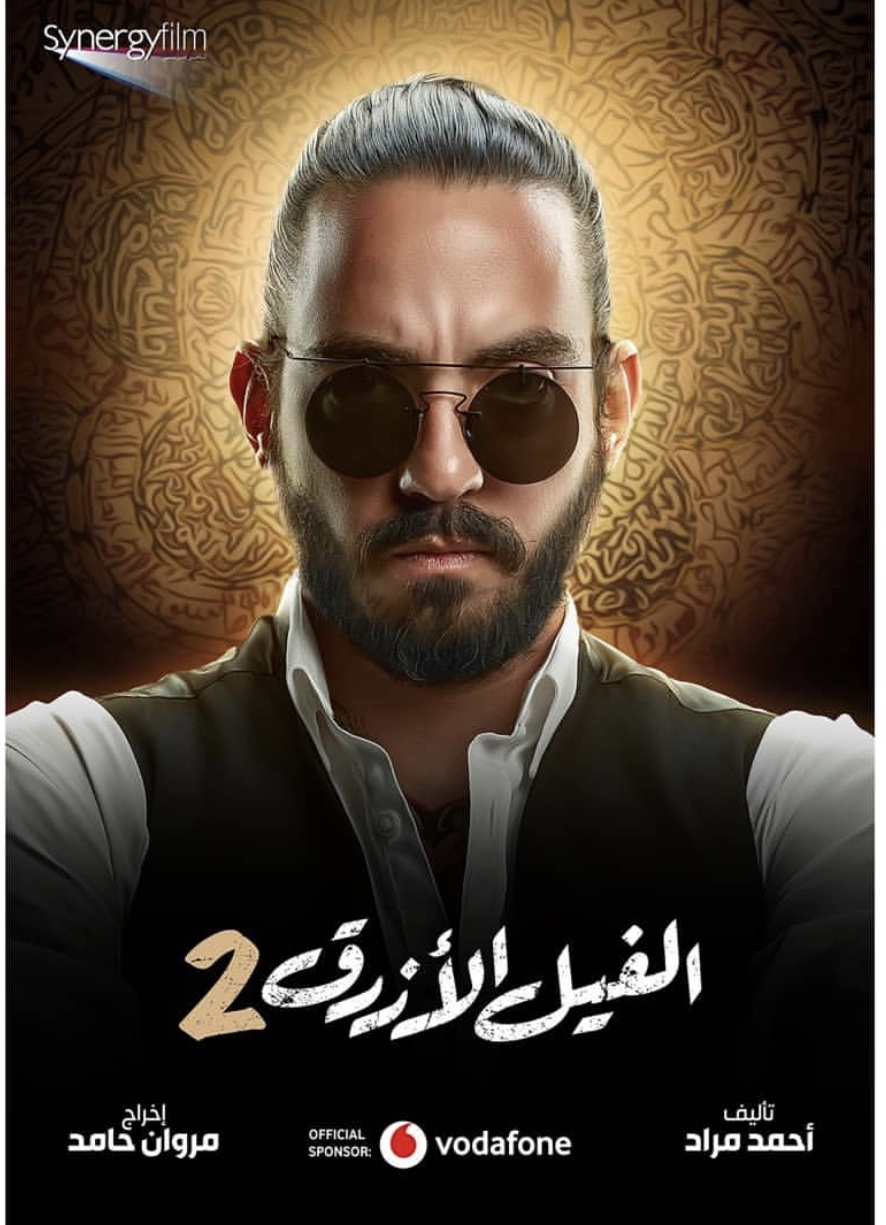 “It’s extremely intense and full of plot twists,” That’s, of course, the only thing Younis could’ve told us about the most anticipated movie of the year!

We were extremely happy to hear from the ‘rising star’ that he’s actually considering pursuing an acting career. However, he’s still waiting for the right opportunities to come out as an actor to the peeps. But, Younis is not in a hurry!

“It’s a fun experience and I’d like to take my time enjoying it. On the other hand, I don’t think anything will stop me from making videos. Those videos are what made me famous in the first place; people followed me because of them. I also enjoy making this content and I still get excited reading the comments to see what people think,” he said.

Being in the field of entertainment and in the public eye isn’t something that’s completely foreign for the man of many talents. Back in school, Younis was in a band. And he was basically the youngest drummer in Egypt, he believes, at that time. And as he grew up, he began playing in concerts, clubs, bars and theaters.

“Till the day my video went viral, I haven’t had the slightest idea that it would turn my life around. Suddenly, I’ve become ‘a comedian who does videos’. And not long after, opportunities started making their way to me. From SNL to Abla fahita, NRJ and various advertising campaigns; I’ve officially become an entertainer,” Younis said.

Although Younis was actually an introvert, he’s not a shy person! But still, according to him, he’s not the guy we see in those videos. But apart from all of that and most of all, he’s someone who’s open to new ideas!

“When it comes to entertainment, music, art, or anything creative I turn into a child. I like exploring and breaking boundaries. Acting in such an esteemed movie was definitely a high score,” he said. 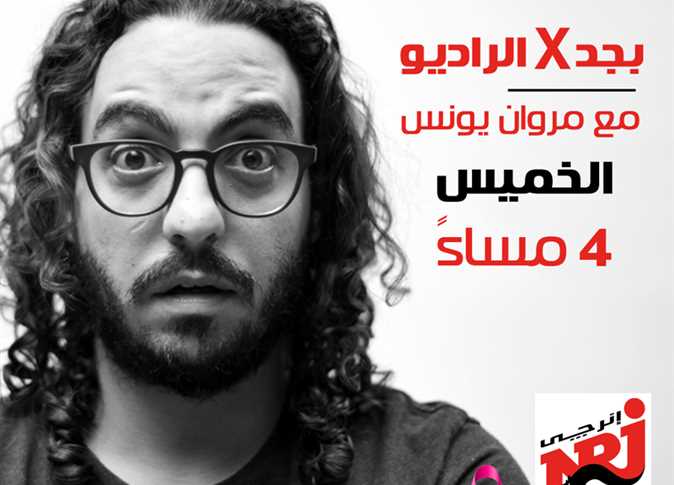 Younis works in NRJ Egypt and currently has his own radio show “BegadxElRadio“. And of course, because he has many people who follow him everywhere already; many of them tune in. The best part about it is that the radio host really enjoys his time there!

“I consider radio my playground. I genuinely enjoy ‘playing’ there at the station. And that’s only because of the spirit of NRJ. It’s a cool radio station and they let me do whatever I want most of the time,” he said.

He also told us about the time he called McDonald’s, KFC and Vodafone customer care on air. In addition to the other time he phoned Nogoum FM while they were on air as well and pranked their presenter!

“That’s how cool they are. So, I really enjoy being a radio presenter,” Younis added.

Honestly, we can’t express how much fun we had talking to the man himself. We already can’t wait to see Younis not just in his stunning upcoming movie “El-Fil El-Azrak 2“, but we’d also like to see him on every big screen there is! Don’t you?