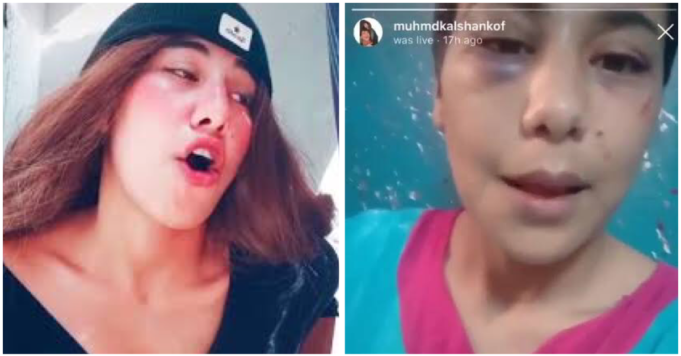 Two weeks ago, the case of Menna Abdelaziz, the 17-year-old TikToker who was abused, raped and filmed by none other than her own “friends“, sparked major controversies on social media.

Following the live video posted by the victim on Instagram, people were split between calling for the rapist, Mazen Ibrahim, to be arrested and prosecuted and those who saw Menna as a girl who got just what she deserves.

We’ve already established how making excuses for abuse, and most importantly, rape, as well as justifying those unforgivable crimes makes you just as guilty as the culprit.

Being too busy slut-shaming a 17-year-old – wanting her to be imprisoned for it, instead of thinking she really needs help just doesn’t sit right with us.

And if it sits right with you, then, you surely have a problem…

On Tuesday, June 9, the Egyptian Public Prosecution released a statement where they announced that instead of jailing the 17-year-old, they’ll be referring her to one of the specialized centers that host and protect battered and abused women.

Where she’ll be seeking shelter and joining social and psychological rehabilitation programs under the supervision of the Ministry of Social Solidarity as well as the National Council for Women.

We can’t express how crucial this decision was. Because it simply means that there’s hope for every abused and neglected child out there.

The reason the Public Prosecution made this decision goes back to the fact that Menna was raised in extreme and rough conditions; leading her to lose her way and resort to virtual measures in order to create a life of her own – where she has both friends and the kind of fame that generates income.

We’re honestly proud of such a decision because even if it doesn’t fix everything in the blink of an eye; it’s still a huge step towards a better future for those who fall victims to their own circumstances.