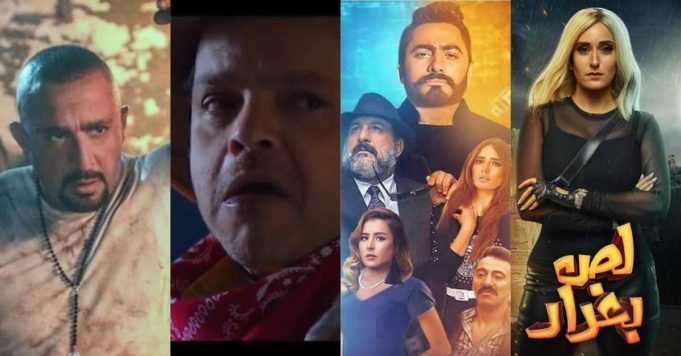 With 2019 being so rich, cinema wise, we can’t help but expect that 2020 will be even more fruitful. And since the mid-year break and New Year’s are just around the corner, here are some highly anticipated upcoming movies in 2020!

Henedy’s latest movie, named “King Size”, is scheduled to be screened on New Year’s Eve. The movie is written by Omar Taher and is expected to be the comedy movie of the year!

Starring Mohamed Imam, Amina Khalil, Yasmine Raes and Fathy Abel Wahab, “Les Baghdad” is a new treasure-hunt movie that looks like a light comedy! It will be out January 2020.

Tamer Hosny is back with a new comedy movie titled “El Felos”; costars include Zeina, Khaled El Sawy, Mohamed Salam and Aicha Bin Ahmed. The movie discusses the idea of money and trust and is set to be released this December!

We don’t know about you guys, but we can hardly wait to see Ahmed El Sakka and Mona Zaki‘s reunion on screen again. “El Ankabot” is an action thriller, of course, and will include Yossra El Lozzy and Dhafer Al’Abideen as well!

After being absent from the scene for a while, Haifa Wahby is returning with an action movie called “Ashbah Europa” alongside Ahmed El Fishawy and Ahmed Dawood. We don’t know much about the plot but as the name implies, it takes lace in Europe.

Recently, “Kalabash” star Amir Karara announced the shooting of his new movie with directer Peter Mimi. Though we don’t know much about the movie, rumor has it, it will be the blockbuster of summer 2020!

Ahmed Magdy just posted on his own social media accounts about his new character “Hassan” in the movie “Talaat Harb”. This is all we know so far, but we’re pretty intrigued!

We’re super excited about each and every movie on the list, what about you guys?