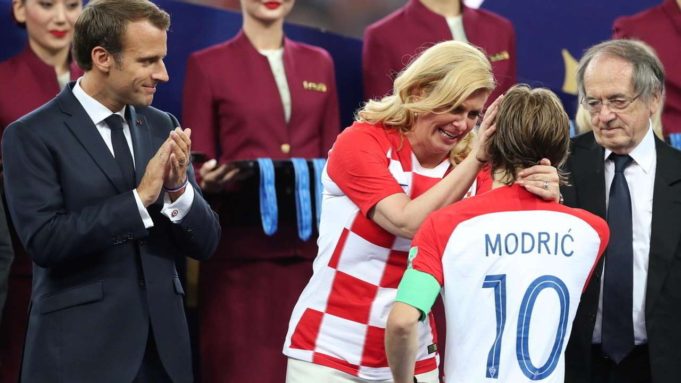 Croatia stunned the whole world with its phenomenal performance in the World Cup. They fought the hardest, entertained us to the extent that the whole globe was rooting for them and they definitely made us proud. It takes lots of hard work and superpowers for an underdog team to play in the World Cup final, and this is definitely what they had.

Their secret is definitely their most loving, caring, supportive and cheerful president, Kolinda Grabar-Kitarovic. Apart from her being one of the strongest, most sophisticated, educated and successful women; she is also kind, simple and unique in her own way. Her massive support for the team helped them throughout their World Cup journey and we can’t stop obsessing over her.

She caught our hearts, maybe forever, when she did these 5 lovely gestures. Beware, she’ll catch yours too!

#1: She rides Economy class just like any other Croatian fan 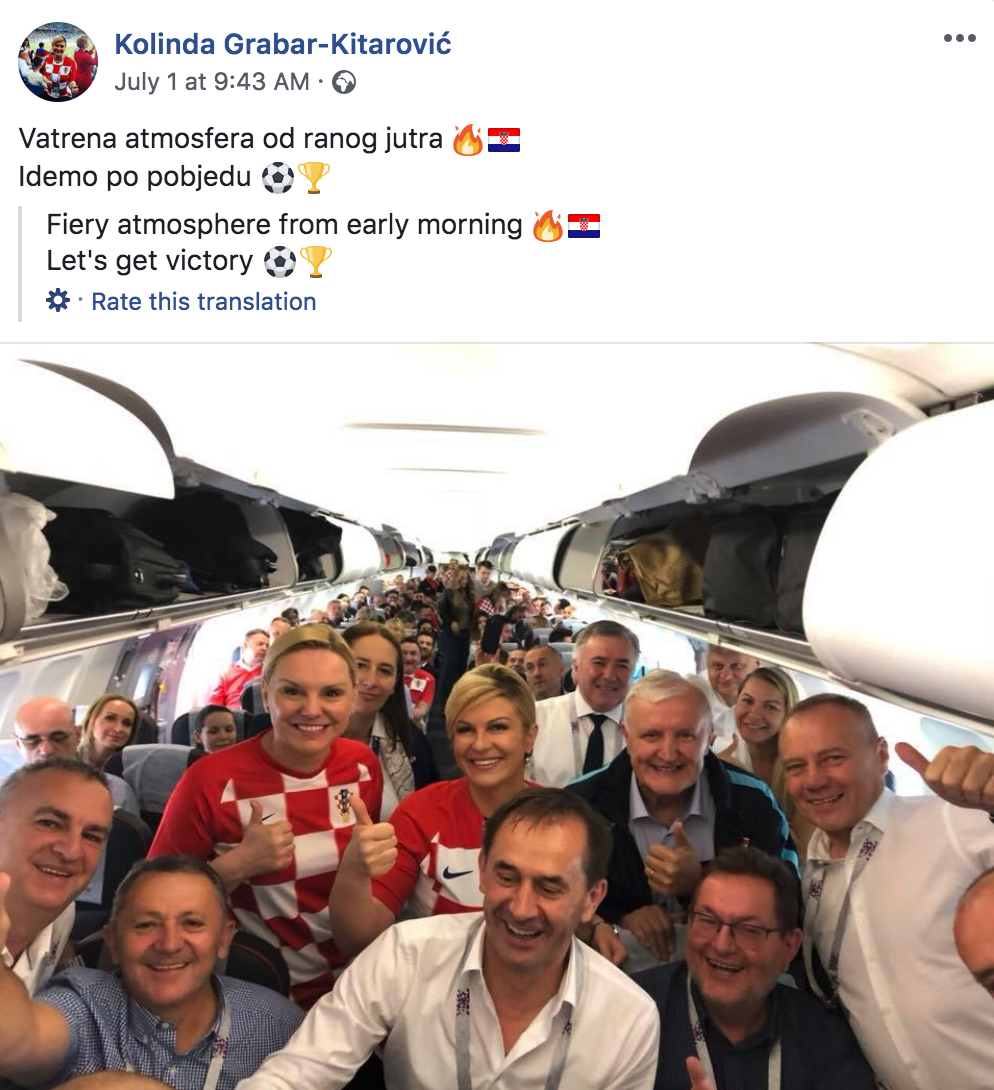 They say first impressions last and they are damn right especially when it’s the President of Croatia in economy class with her Croatian shirt on. She is their biggest fan and number one supporter!

#2: Jumping off her feet while wearing Croatia’s national team’s jersey when they beat Russia

The pure joy she felt touched our hearts, in addition to her being bald enough to do that in front of the PM of Russia. This was savage yet lovely. This is a message to the whole world that being a president doesn’t mean that you need to be robotlike.

#3: Hugging the whole team in the dressing room after their win against Russia

She is not afraid to show us her emotional side. She went against all protocols and just did what she felt was right. That amount of support and love is what kept them going. Let’s admit that she won all our hearts with this move. We want a hug too!

#4: Not being able to attend the semi-finals so she posted a video for the whole world to listen to

This video is only proof of how supportive words and nice gestures can do miracles. This video boosted the players’ morale and gave them unbeatable strength, a spirit like no other and teamwork that was quite visible. A woman that is both an amazing mother and a president of her nation.

Any other president would be too arrogant to even mingle with the public. Yet she walks around offering pictures, hugs and lots of love to random people in Russia. A sweet down to earth president, who has won the love of the whole world.

#6: Having the government attend the meeting in Croatia’s jersey

It is quite fascinating how the whole government unites and supports their national team even when they are on duty.

#7: Keeping that smile on even though they 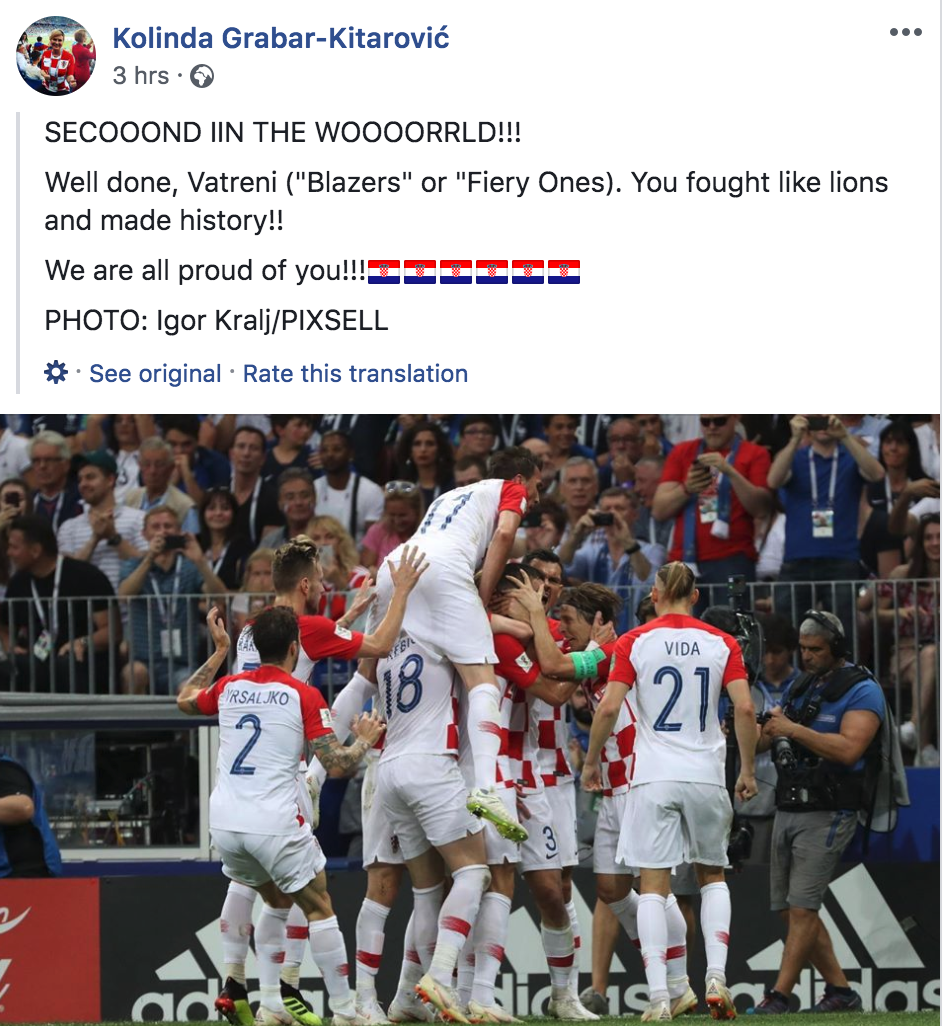 The smile she had on her face while waving to the whole team says a lot. It was very obvious how proud she was of them even though they lost the game.

#8: She helped them enjoy the day regardless of the result 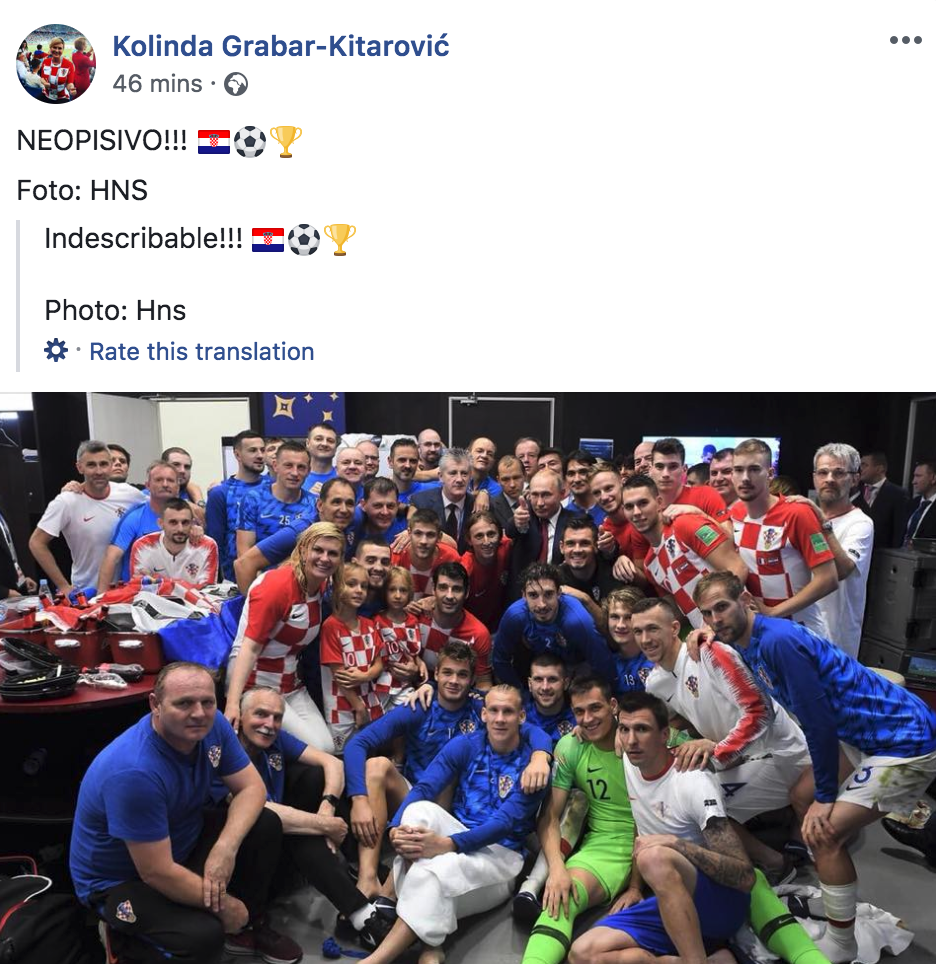 Cheering and holding the flag with them is what actually made them enjoy the day. Instead of sitting there acting like losers, she helped them see the half-full part of the cup.

Yes, they might have lost the game, but they’ve won all our hearts because today they’ve made history and she helped a lot with that.