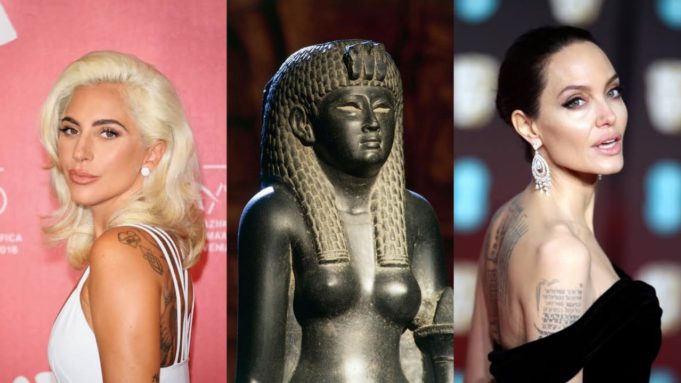 Racism was never an issue for Egyptians. Racist jokes are always overlooked, blackface is alive and well, and whenever someone points racism out, they get called racist themselves.

Recently, however, the topic of race has been all over social media due to the rumored casting of the movie “Cleopatra“. But before getting into that, we’ll start with the facts about the controversial issues, and why some felt offended by them.

Rumors started circulating about the casting of the Cleopatra movie going down to either Angelina Jolie and Lady Gaga; both whom are white.

Numerous Americans jumped on the wagon of Pharaohs being African, and the leading role should have gone to an African American actress, with many suggesting Rihanna.

I'm not sorry to tell y'all but @rihanna definitely has that role owned! Gaga and AJ shouldn't even been in the running. Honestly if a black woman ain't playing Cleopatra, then NOBODY should play the AFRICAN EGYPTIAN QUEEN CLEOPATRA! PERIOD! pic.twitter.com/6z59o4EV9I

The issue here is that the picture used is a recreation of Nefertiti, not Cleopatra. The other issue is that Cleopatra is of Greek descent, and not African.

This does lead to several questions; is Cleopatra even Egyptian? Can a white actress be suitable for the role? More importantly, are Egyptians black?

Cleopatra was the last ruler of Egypt’s Ptolemaic Kingdom. The Ptolemaic Kingdom was founded in 305 BC by Ptolemy I Soter, a diadochus originally from Macedon in northern Greece who declared himself Pharaoh of Egypt and created a powerful Macedonian Greek dynasty that ruled an area stretching from southern Syria to Cyrene and south to Nubia.

In short, the Ptolemaic kingdom is the first white invasion in Egypt. They were not actual pharaohs, but rather white people taking over a culture that does not belong to them. The usual scenario of white history.

What was her race?

This is somehow still debatable.

One of the most prominent statues of Cleopatra is at the Hermitage Museum in St. Petersburg, Russia, and the statue is black. 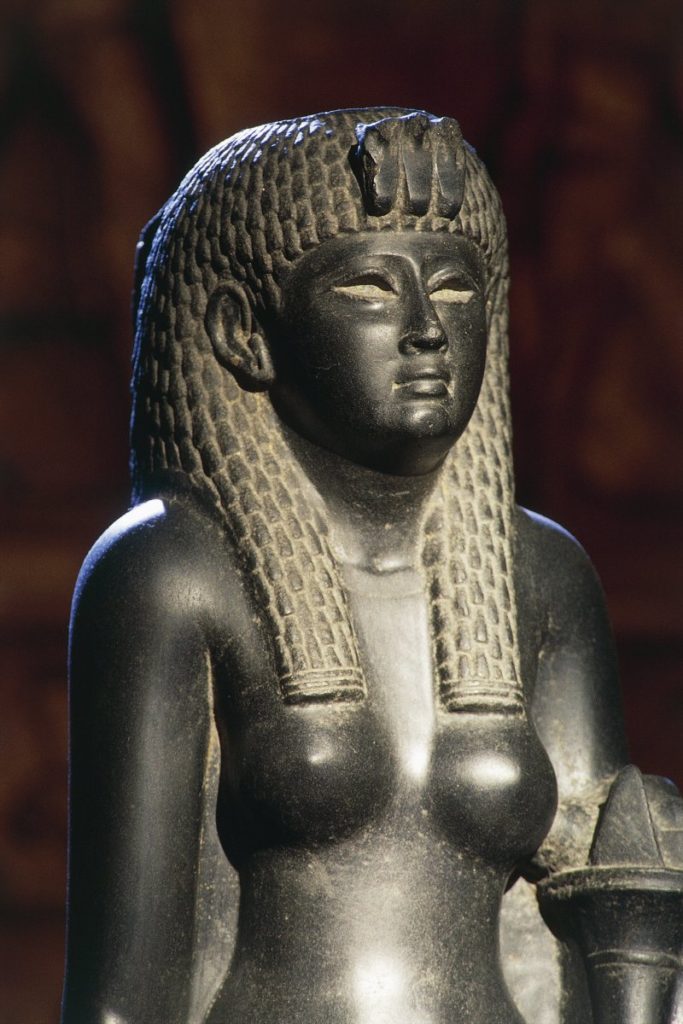 This has caused much confusion to people who are not aware of the Egyptian history – mostly Americans –  as to whether the material used for the statue does translate her skin color or not.

According to Oxford University’s blog, what is known is that from her father’s side, she was no more than eight generations away from being pure Macedonian Greek. Which means her father’s side is white.

As for her mother, for the first six generations, the wives of the ruling Ptolemies also came from the same Macedonian background.

So until the time of Cleopatra’s great-grandfather, the ethnic makeup of the dynasty was still pure Macedonian Greek. In fact, two of her ancestors married their sisters, thus reinforcing the Macedonian ethnicity.

It is unknown what her great-grandmother, grandmother, and mother’s race were, however. That said, it is almost confirmed that if they weren’t Macedonian Greek, they were Egyptians.

Egyptians at the time, like today, were mostly brown or black, however, the majority were brown.

So no, Rihanna cannot play Cleopatra. But are Angelina Jolie and Lady Gaga fit for the role? Maybe…

The thing is, personally, when the rumored cast was announced, I was a skeptical, and just like everyone else, screamed whitewashing!

According to facts, however, Cleopatra does have the Mediterranean looks, meaning she probably has olive skin and dark hair. This makes the role somewhat fit for both Angelina Jolie and Lady Gaga. 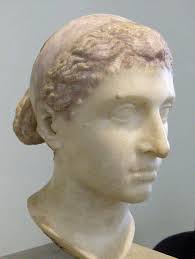 As for Cleopatra’s confirmed facial features, she was known to be extremely beautiful for the standards of her time. She was also confirmed to have a big nose and chin, making Lady Gaga actually a better fit for Cleopatra’s facial structure.

Egyptologist Sally Ann Kutcher spent years working on a confirmed reconstruction of how Cleopatra would’ve looked like in real life, and this was the image she constructed. 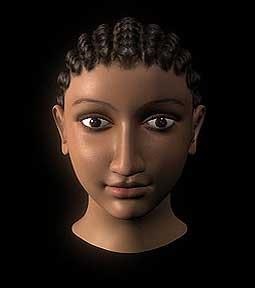 According to this recreation, Cleopatra does look like the modern Egyptian girl next door.

While Angelina Jolie and Lady Gaga could barely fit for the role, it would make more sense to use an actual Egyptian actress for the role.

We could have a huge list of recommendations, but let’s keep it for Hollywood executives to do their own research.