Identity Magazine
Home Trending Egypt Is Going “Green” On Both The Sea And The Ground!
Facebook
Twitter
Google+ 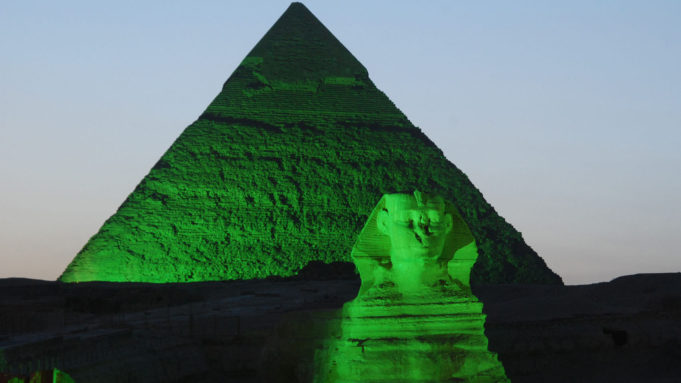 Globally, climate change is becoming the talk of the hour. Recently, Egypt is also taking it upon itself to address the same issue that jeopardizes our environment.

What’s remarkable about the two initiatives we will tell you about is that they have to do with both the ground and the sea in Egypt.

Lucky for us, such initiatives will be doing two things. Putting Egypt on the international map of environmentally aware countries and it will have some positive aspects for us, citizens, as well!

In the attempt to become more environmentally conscious, Egypt will be the first country in the Middle East and the eleventh globally to take part in the UN’s “Green Fins” initiative.

So, what is “Green Fins” exactly?

Green Fins is a global action aimed at saving the sea life. Egypt will be adopting the program in Sinai, as it’s most known for its massive areas of amazing and rare coral reefs.

With the Red Sea being such a huge tourist attraction, more damage is being done annually to the marine life. This mainly happens as a result of all the diving and snorkeling activities.

According to the UN, the natural stressors associated to the climate change, is causing enough damage. Hence, they would be limiting all the sea activities!

But worry not, snorkeling and diving won’t be prohibited altogether, they will only come with certain guidelines and precautions. All for the better, right?

Actions in South Sinai will take place on September 2019, With the Red Sea to follow in March 2020.

Cairo University, the historic educational institution, is singing a cooperation protocol to launch “Green Egypt” in collaboration with a renowned telecommunication company.

Green Egypt is a project that aims to cultivate a million fruit trees over four years in Egypt. While the company will be financially responsible for the project, Cairo University’s Faculty of Agriculture, mainly the students, will be executing the plan on the ground.

This initiative is definitely the first in Egypt. Cairo University President Dr. Mohamed Osman el-Khosht expressed earlier how he hopes this will inspire other educational institutions to take on similar efforts.

Whether “Green Fins” or “Green Egypt”; both projects will be making all our lives better. Think about it, swimming in the Red Sea without fear of doing any harm to all the rare coral reefs. With Green Egypt , beside the revenues that will come from all the fruits, trees are the biggest source of oxygen!

That being said, we definitely believe that Egypt has enough potential to lead the global “Eco-friendly” movement in the Middle East. And with such initiatives, it seems that we’re on the right track!