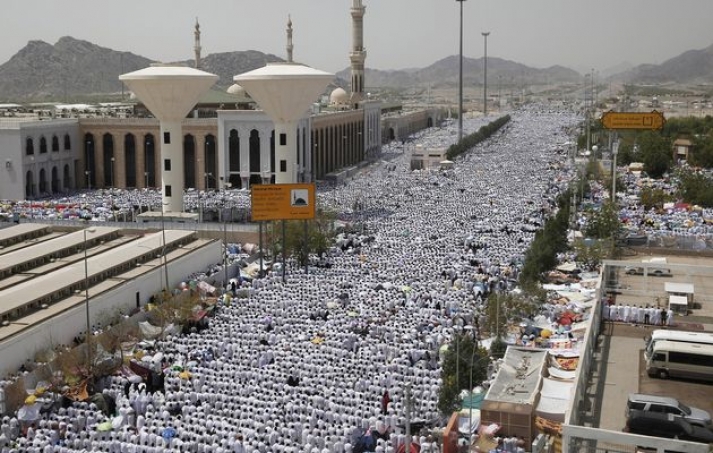 The death toll of the Hajj stampede kept climbing throughout Eid El Adha 2015, starting with a few hundred, then rising to over four hundred, and finally reaching more than seven hundred. It was heartbreaking to see the panic unfold during what is one of the most spiritually uplifting experiences of a Muslim’s life. It was also confusing as one tries to understand why this is happening in the first place. Again.

Tragedies such as this have happened in Mecca before. The highest death toll occurred in 1990, when 1,426 pilgrims died due to overcrowding in a pedestrian tunnel. But in 1994, 1998, and 2006, hundreds lost their lives each year during stampedes that happened during the same symbolic stoning ritual as today.

The Hajj is one of the five pillars of Islam, and requires all Muslims to make the pilgrimage to Mecca if they are able to do so. It is the largest pilgrimage in the world that happens every year to one specific place, and while the global Muslim population keeps growing, Mecca is having a hard time keeping up. Saudi officials have invested in infrastructure to accommodate the masses that come annually, such as bigger pedestrian bridges and tunnels, trains, busses, air-conditioned camps, and even have sought to expand the Grand Mosque, which is the largest in the world. Saudi deploys over 100,000 police and stewards to help those who need assistance and manage crowd control. Despite these efforts, they have still been forced in recent years to limit the number of pilgrims allowed to come during Hajj.

In 2004, just over 2 million pilgrims completed the Hajj. In 2013, the number peaked to over 3 million. Since then, Saudi Arabia has put a limit on the number of visas for pilgrims based on a country’s Muslim population size to bring the attendance back down to just over 2 million. Countries with large Muslim populations, such as Indonesia, have long waiting lists. For those who are anxious to perform the Hajj, this is an unfortunate barrier to them but seems to be necessary for manageable logistics.

So what is the answer to avoid this kind of tragedy again? If the attendance has been slashed, and infrastructure increased, why did hundreds of people still die?

Saudi officials have pointed to error from the pilgrims themselves, that if the rules and regulations had been followed properly, this never would have happened. Others, including Iran, are blaming the Saudi Arabian government for mismanagement of the crowd and not being prepared for an event like this. The safety overhaul that occurred after the 2006 incident and has left Hajj basically incident free since, was not adequate today. According to the Telegraph, the British-installed computerised crowd control system did not cover the area of the stampede, but rather on the Jamarat bridge itself where past incidents had occurred.

It appears that two things need to happen to guarantee safety for the pilgrims. The first is that safety measures need to be increased once again. The ones put in place after 2006 worked for a while, but need to be revisited after this tragedy. Saudi Arabia definitely has the resources to increase the infrastructure and needs to make it a top priority. The second thing is reconsidering how many pilgrims can safely perform Hajj at one time. It is unfortunate that there has to be a limit on the visas granted each year, but fortunately those who will be performing Hajj for the first time get priority, which is a policy that should stay.

The difficulties of managing such a huge event like this are not going to go away. Even with more investment and planning on the part of the host country, not everyone who wishes to go do Hajj will be able to do so each year. The space is only so big. But we hope the Saudi government is able to find the right balance between how many people it can host and manage safely, while still allowing the maximum amount of pilgrims in to perform this holy ritual.