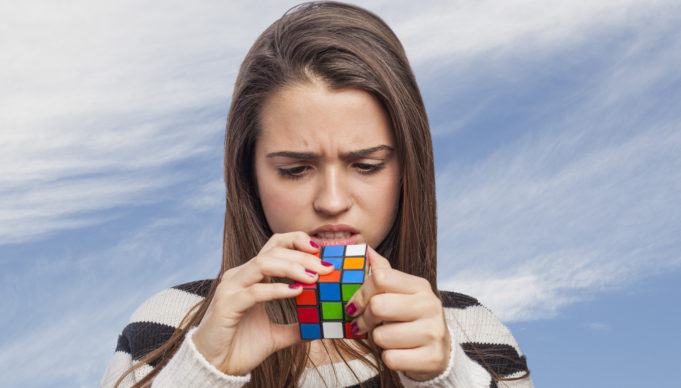 This is my life. And by life, I mean the ethereal pit of hell. It’s a series of conflicts, one after the other. My parents never ‘get it’, and my therapist likes getting paid for napping mid-session. Oh and when I say my studies are going great, it’s actually metaphorical for “help me”.

So anyway, my dad is making me go to his second cousin’s wedding. In all honesty, weddings are fun and all, but…PLOT TWIST? I never met any of them. I don’t know about you, but the mere thought of getting together with a bunch of new people all at once paralyzes me with fear. I guess that’s what they call anxiety.

And that’s why my parents would probably never ‘get it’. Anxiety is a full-blown mental disorder. At least that’s what I’m sure of, the mighty facts. Anxiety is caused by an imbalance in the neurotransmitters. Same thing with depression, you can’t just ‘snap out of it’ or simply ‘stop being sad’. This is what causes the generational gap. That is what my parents should at least try to comprehend. This would be that stepping stone proposing the common ground to hold a decent, civilized conversation. THEN, life would be a little more bearable because solutions to issues would be sought after much earlier, and in a responsible manner.

However, for me, anxiety is self-diagnosed, and that takes me to this classical cascade of events. I googled some symptoms, somehow managed to open the most exaggerating website, and really panicked because of how rad the consequences were. Self-diagnosis isn’t probably the best way to go, I mean, I could just be an introverted nerd/geek? Couldn’t I?

The struggle lies in the tiniest aspects of my life. They are several, successive little things that add up to this one big inexpressible dilemma. I could be walking down the street, looking like a heartbreaker, while I’m actually giving in to the images and silhouettes that my brain shapes up to manifest impossible scenarios that could never happen, even in a parallel universe. This is a much summarized account of what goes on inside an anxious head in one given time.

Anxiety is the accurate depiction of “The monsters aren’t under the bed. They’re inside the head.” Anxiety is like drowning in a sea full of people, but nobody can see how you’re fighting to just keep the tip of your nose right above the salty sea.

This is how I function. Sometimes I don’t even function at all. Sometimes, anxiety gets too unbearable. Sometimes, I can’t look people in the eyes. And when it gets much worse, I stutter, slowly, then gradually, I forget how to mouth out the words, or how to vibrate my lips to produce a frequency audible to human ears. Maybe dogs could hear me.. I guess.

But wait. Is this really anxiety? Or am I being overly introverted? I guess this is how my story starts, the identity crisis. My mind is less of a mind and more of a Rubik’s cube.