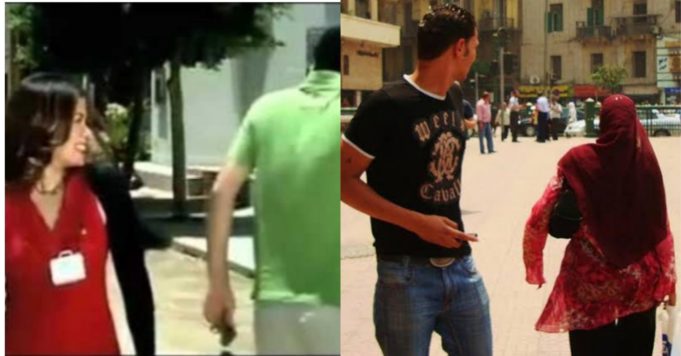 Every once in a while we stumble upon a new Facebook “gem” that effortlessly reflects deep-rooted issues in our society.

The latest one we found displayed how deeply misconceived feminism really is, and how this misconception is causing a bigger gab between the two genders than ever before.

About a week ago, a Facebook page named “The Man” posted a series of symbolic pictures, apparently displaying the inequality practiced against men in our ‘women-biased’ society, and demonstrating their ‘point of view’ on feminism.

No, this is not parody, this is real content based on real ‘views’…

To give fair and square criticism, we decided to analyze the content piece by piece, separately.

1. Beating a woman is abuse but beating a man is courageous? 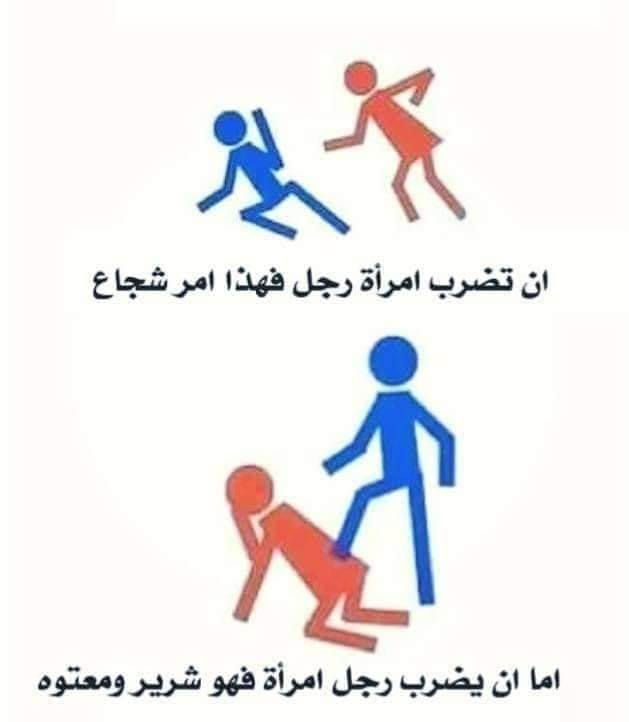 Why? Because the biological nature of a man is stronger than that of a woman, which -sometimes- makes it necessary for a woman to use violence if she wants to fend off a male attacker.

The point is: abuse is never excused, regardless of the gender. So if a man beats up a woman, he is abusive, and if a woman beats up a man, she is just as abusive. It is not okay for either of them.

2. Initiating a kiss is gender-based? 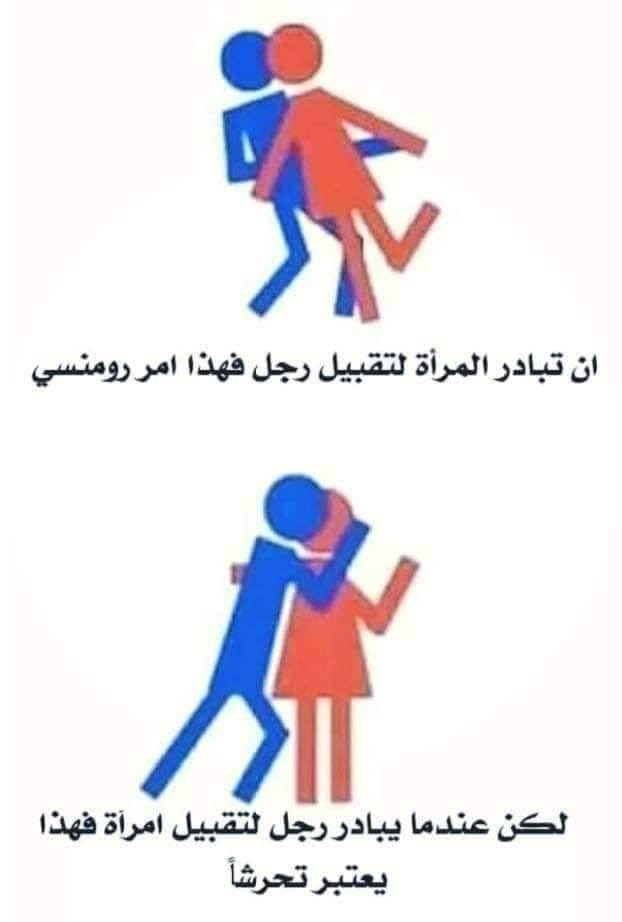 While the way they are displaying their point is somewhat absurd, we can understand the thought behind it. Yes, in some cases and situations like this one, a man and a woman can be judged differently.

She will be called names, slut shamed, and colored with every shady color in the book. So, in the end, they will both be judged, but differently.

We are not saying we stand by the status quo, or agree with it, but on the other hand, we don’t think that normalizing kissing people you don’t know is the solution.

The solution is to acknowledge that BOTH cases are harassment, and that anyone who has initiated any kind of intimate gesture without reciprocation is considered a harasser, regardless of their sex. Which is what feminism is; treating both genders equally.

3. Walking into the wrong bathroom has a deeper meaning? 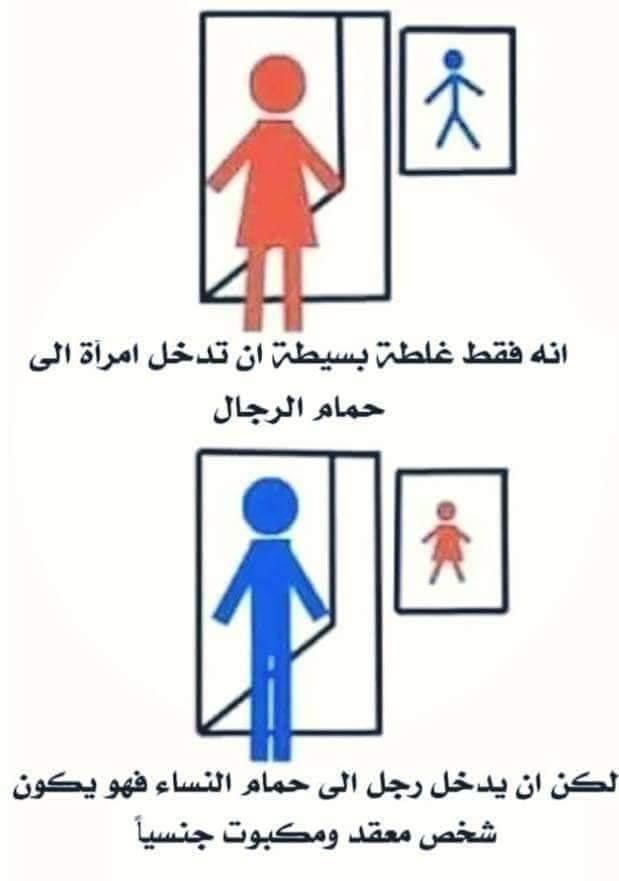 The last picture showed two parallel cases of a man and a woman walking into the wrong bathrooms. In the woman’s case, it is considered an innocent mistake, while in the man’s case, he was considered a sexual pervert.

Honestly, this one was the most confusing. Since when has walking into the wrong bathroom become gender-biased?

Last we checked, when you walk by mistake into the wrong bathroom, you walk right out proving that it was just a mistake.

But if you deliberately go into the wrong bathroom or are caught lurking around in there, you better believe you will be called so much more than a pervert, whether you are a man or a woman. 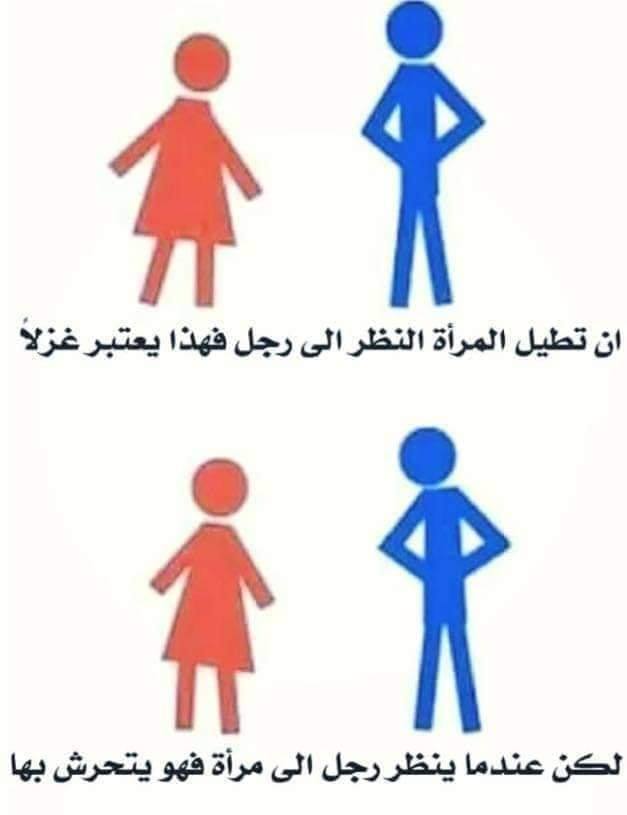 Alright, so we all have eyes, and we all look at people. But looking at a person to the point where they are uncomfortable and continuing to do so -regardless of the gender- is an inappropriate invasion of privacy and personal space.

So no, if a woman stares at a man, she is not considered cute or flirty, nor should she be. Just like a man shouldn’t be either. It goes both ways.

5. Helping out is sexist? 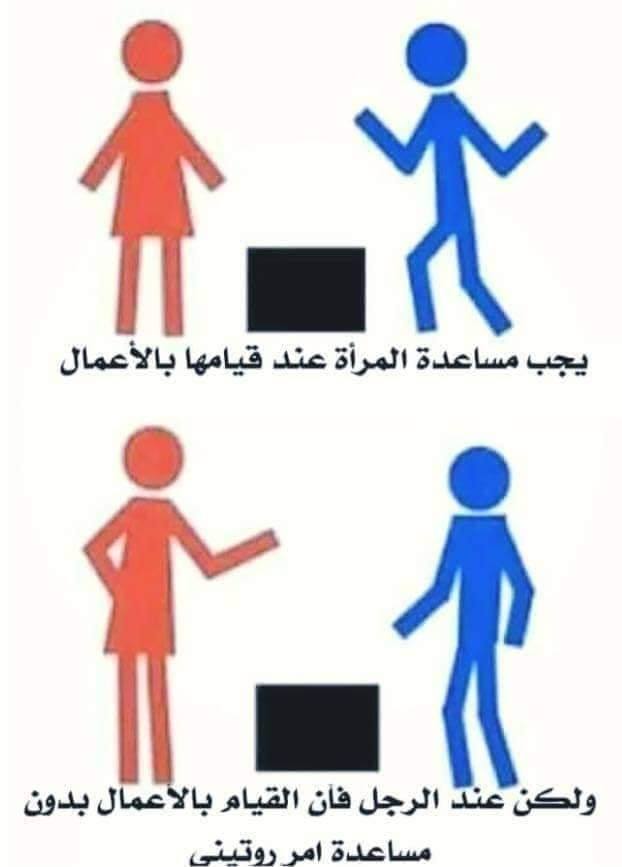 This one is based on the assumption that -for some reason- it is okay to help a woman, but not even implied to offer to help a man. And there is something between the symbols that appears to be a briefcase, we are not sure.

Anyway, again, there is a biological difference between men and women, so if a man helped a woman carry a bag -which is not an obligation-, it will be mighty generous of him. Same as if he helped another man -who is physically weaker- carry a bag too, literally no difference.

However, if a woman is physically strong enough and doesn’t need help, no man should help her. In fact, she is obliged to help out if someone else (a woman or a man) needed help.

The point is; everyone needs help at some point of their lives. Offering and receiving said help is not, in anyway gender dependent. 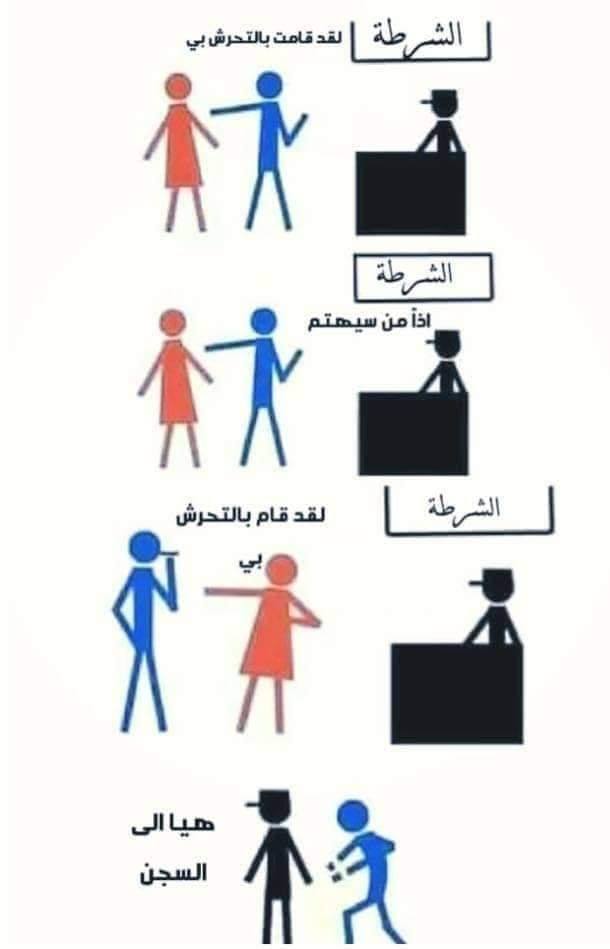 Lastly, the cherry on top of this confusing cake was a picture that illustrated a police station, a man, and a woman.

Situation number 1 shows a man reporting a woman for sexually harassing him, and the police officer not caring about it.

Situation number 2 shows a woman reporting a man for sexually harassing her, and the police officer actively taking the man to jail for it.

Well, the sad thing is, there is some truth to that one.

The fact is, men do get sexually harassed, it is not exclusive to women. And the worse fact is, harassing men is often overlooked and ignored on the centuries-old assumption that any man likes it when a woman makes a move at him.

And this does need to change! However, not by normalizing harassing women, but by acknowledging men being harassed as well and treating it as urgently as we do with women.

In fact, the solution is to treat the issue from both sides with the utmost urgency which -to this day- is still lacking.

Yes, there is some progress happening -years overdue- when it comes to women being harassed, but it is still not enough, and will never be enough, until harassment is treated equally with both women, and men.

Here is why this is misleading

The fact is these ‘symbolic pictures’ showcase something far more dangerous than their original purpose, which is that feminism is misportrayed in the minds of a lot of people as this ‘man-eating monster’.

Therefore, a feminist is seen as a man-hating person who is after the throat of every man alive; which is NOT TRUE.

A feminist is a person who believes in the social, political, and economical equality of the sexes. The key word being EQUALITY.

A feminist fights discrimination and prejudges of all kinds, stands against oppression and inequality in all shapes, including those against men.

So if someone is practicing injustice in any way under the name of feminism, then that person -man or woman- is misusing a concept they know nothing about.

They are not feminist, they are supremacist. And they DO NOT represent feminism in any way, shape or form.