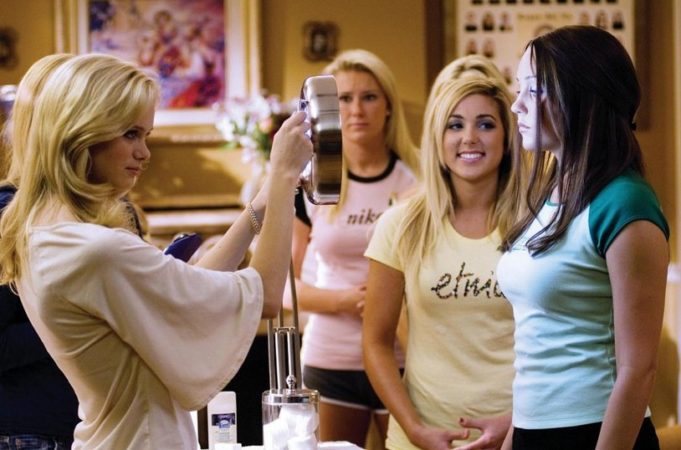 I’m not sure if materialism and fakeness are becoming a global trend or is it mainly an Egyptian thing. Yes, there were always fake and materialistic people but now it seems like they have become the norm and the majority. Maybe it’s the impact of social media or maybe it’s due to the lack of self confidence and self-esteem that are so common nowadays as well!

A couple of days a go, I went out for sohour in a Ramadan tent. The ambiance was beautiful but funnily enough it had nothing to do with the spirit of the holy month! Ramadan is all about modesty, humbleness and discipline, and no, I did not see anything of that. Most people were showing off, talking behind each others’ backs and what’s with the “all English all the time.”

Exploring the buffet with a friend of mine, I bumped into an acquaintance that I know and occasionally meet. She’s such a sweet girl and has always been friendly, welcoming and so down to earth. This time she wasn’t any different, however, she was suddenly greeting me with “Hi, how are you doing” and kept speaking in English with an exaggerated American accent the whole time. Whenever I asked her anything in Arabic, she would reply in English as if it’s not okay to speak in Arabic. Don’t get me wrong; I’m not against anyone speaking in a foreign language if it’s easier for them or if they’ve been like that, but this person was never like that and it kept me wondering if that’s one of the signs that we’re “in”. It’s as if someone is forcing you to speak in English to prove that you’re well educated and that you come from an equally good social background.

Arabic is a beautiful and extremely sophisticated language that we should all be proud of. Of course, it’s extremely valuable to know more than one language, but you need to understand that speaking your mother tongue is the norm. It shouldn’t make you any more sophisticated if you spoke in another language especially if it isn’t any easier for you.

People nowadays evaluate each other according to the amount of money they’re WEARING or RIDING, a kind of evaluation that is even more disgusting than evaluating someone according to their outer beauty!!  When someone gets engaged, people estimate how happy she is according to the size of the stone on her finger. People now even wear their jewelry to the beach, including Rolex watches and diamond tennis bracelets.

Again, I’m not saying that it’s not okay to wear designer bags, clothes or expensive items. It’s totally fine. What’s not okay is that we allow our lives to revolve around these things or to allow them to define us instead of personality traits and characters, such as kindness, honesty, loyalty and even success. It’s not okay to respect someone based on things they own, places they go or languages they speak rather than how they treat people. Losing stuff and money is always a possibility; make sure you have something that is even more valuable to fall back on. Investing in assets is totally fine but don’t forget to invest in yourself so you don’t end up being just an EMPTY soul surrounded by expensive material things.