Identity Magazine
Home Trending The Story Behind Mohamed Hassan Khalifa; The Writer Who Passed Away at...
Facebook
Twitter
Google+ 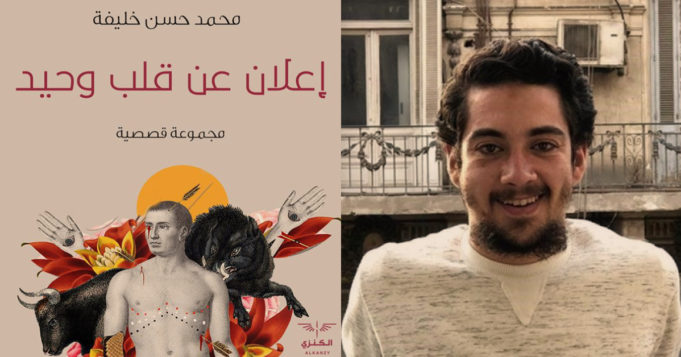 On the first day of the Cairo International Book Fair, Egyptian young writer Mohamed Hassan Khalifa passed away before he could even celebrate the publishing of his first ever anecdotal set titled “E3lan 3an Qalb Wahid“.

Social media users on all platforms expressed their shock and deep sadness at hearing the horrible news. But what was even more shocking to everyone is that the 23-year-old predicted his own death.

Hours before his tragic passing, Khalifa shared a paragraph – taken out of his anecdotal set – talking about his own death.

According to close sources, the young writer went to witness and celebrate the release of his set and right after he purchased some books himself at the fair; he felt a shooting pain in his chest and it wasn’t long until he lost consciousness and was taken to the nearest hospital.

Sadly, he was pronounced dead after suffering a heart attack.

Later on, it was revealed that Khalifa had been suffering for more than a year from a weak heart muscle as well as an arterial laxity condition. Which were the causes of the sudden heart attack leading to his death.

Another heartbreaking story told by his own mother is that before leaving to the fair; he called her seconds after he left the house so she could take one final look at him from the window.

The news spread so fast that the 23-year-old’s anecdotal set was sold out and new editions were printed, only the second day.

Social media users were determined to make Khalifa’s first chance to shine in writing become a bestseller, even after he’s gone. And it’s already on its way to do so.

And it’s not only because the young writer tragically passed away all of a sudden, but because according to many people, Khalifa was a beautiful and kind soul who deserved all the best.

In our turn, we’re also asking whoever reads this to please pick up a copy of “E3lan 3an Qalb Wahid” if you get the chance to pay the book fair a visit.

It’s the only gift we could offer Khalifa and the only thing we could do to make his family proud and help them through these difficult times.