Identity Magazine
Home Trending To Those Who Think The Black Lives Matter Movement Is Not Our...
Facebook
Twitter
Google+ 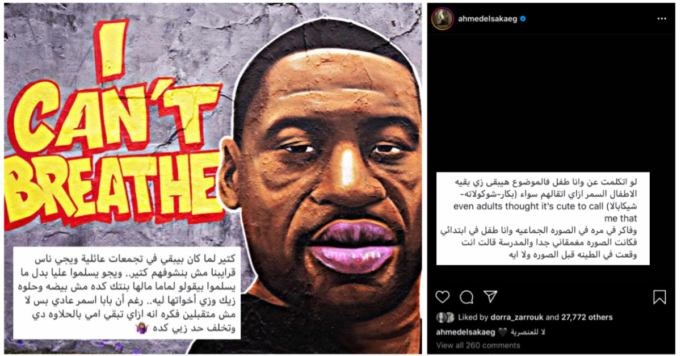 As many of you may have heard by now, thousands of people have been demonstrating all over the United States of America since last weekend. The protests broke out following one of the very frequent incidents that usually occur in the country – and it’s the police violence against African Americans that led to the murder of a black man named George Floyd.

If you don’t know, a police officer named Derek Chauvin was attempting to arrest Floyd – who didn’t even resist – and as he fell to the ground after being handcuffed, Chauvin placed his knee on Floyd’s neck and ignored his cries for help as he couldn’t breathe. Floyd died moments later.

Ever since then, people of different races and nationalities have been roaming the streets of America, protesting and calling for racial equality and the end of racism under the Black Lives Matter movement. Most importantly, they were and still are waiting for the killer to be prosecuted.

People from all over the world have also joined the movement through the internet; posting ways to help and donate to the Black Lives Matter movement as well as raising awareness and taking a stand against the systemic racism that has always been present within the United States.

That being said, what we’ve noticed is that while it was great to see young Egyptians and even local celebrities taking part in the internet support and stand against racism and racial inequality, a lot of people have been pointing out how this is NOT our fight and how we should focus on “our own problems” as if racism doesn’t exist in Egypt.

As Egyptians, making fun of everything and everyone is kind of part of who we are – to the point that when a racist joke is being made by an actor in a movie, we just laugh and continue to use it in our daily life, disregarding the fact that it’s pure racism and should be taken seriously.

Other than the fact that the entertainment scene strongly affects our culture and even daily dialogue, a lot of Egyptians have always been racist against fellow Egyptians with Nubian roots and darker skin tones. And this heartbreaking Twitter thread is living proof of the undeniable truth:

Racism in Egypt has become a norm that many won’t recognize it for what it really is. And for those who think the Black Lives Matter is not our fight, let us remind you of Basmala, the little girl who was subjected to racism by her teacher because of her skin color.

Not to mention Eman, the young woman who was bullied because of her skin color by, again, none other than her instructors at university – which led her to take her own life. In addition to the Sudanese teenager who was bullied and harassed by two Egyptian men, just last year. Same for the Sudanese Cairo University Student whose picture was posted online and made fun of and the African referees in Egyptian football matches.

Honestly, we could go on and on about the countless racism incidents in Egypt towards brown and dark-skinned Egyptians as well as African refugees and residents, but we wouldn’t reach the end of it.

In the end, it’s not about white vs black, it’s about everyone against racism. It doesn’t exclusively happen in America, it happens all around the world – especially here in Egypt, as we mentioned earlier. And even if it doesn’t affect us the same way, being anti-racism and vocal about it is crucial in times like these, and all the time.

This is why it will always be a noble and necessary act for people to take part in the Black Lives Matter movement, one way or another. Taking a stand against bullying, hate, and racism in all their forms should always be everyone’s fight, everywhere.

To educate yourself and further understand how Arabs can resist racism: Rana Abdelhamid
For info on the current situation and ways you can help: https://blacklivesmatters.carrd.co