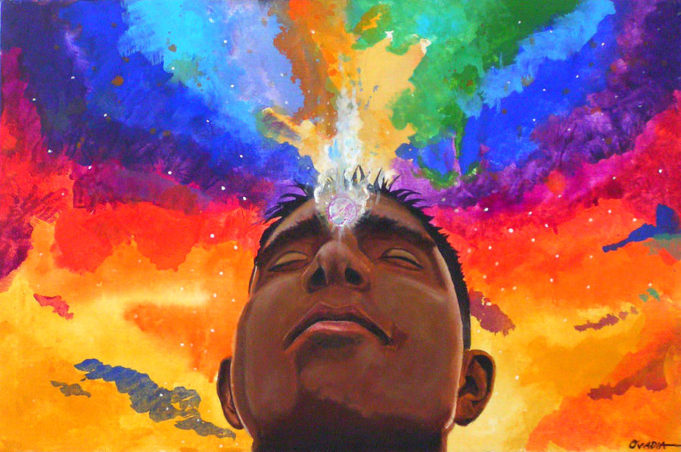 Not abiding by society’s rules and laws is just one of those things that are often underestimated in our world today. Thinking about it though, it should be rewarded. It is such an honor to meet a non conformist in a world full of stereotypes and followers. Just the ability to think outside the box in a world that is hell bound on restricting your mind and soul is an accomplishment. It’s an accomplishment attained only by the free thinkers, which is why we brought you the guide to how to become a free thinker. Bear in mind though, from now on, you shall only embrace the chaos! 1. They understand that there is always more than one perspective for anything

As a free thinker, you should know that perspective is everything and that as much as it is everything, it can change in the blink of an eye. You could have a strong opinion about something and then have it changed once you pass through a certain situation that would open your eyes to different facts. You also know that your perspective has the power to determine your mood. That every bad situation could be viewed from a more positive perspective. A free thinker understands that what one might consider a problem, another could call a solution. 2. Creativity is the key to life

Creativity is not only restricted to Picasso and Van Gogh, despite people telling you otherwise. It’s a birth right for every human, especially free thinkers. While schools might strip most of us from our creative trait by constantly trying to tell us what to and how to think, it’s with no doubt that a free thinker manages to hold on to his creativity despite the resilient efforts of society to rid him or her of it. 3. A free thinker knows one thing which is that they know nothing

OK, I’m definitely quoting Socrates on this one. But what can I say? He described it perfectly. A free thinker would always acknowledge that whatever knowledge he or she has now, it can be changed or falsified. That there is no such thing as the word “I am sure of this or that”. Nothing in this world is certain and the world has so much to teach us, only if we keep an open mind and acknowledge the extent to which we lack knowledge. 4. A free thinker is not afraid of being called ‘different’

In fact being a non conformist is one of the key factors of being a free thinker. At the end of the day, they don’t want the same things in life as other people. They don’t want a boring daily job or a lifetime commitment that is full of debts and pain. You’d find them defying all odds and going against all the social norms that we’ve grown accustomed to. They’re the ones who spend their lives traveling the world, volunteering abroad or standing up for principles that are doomed by society and culture. They know that the more knowledge or power a person has, does not by an means necessitate that they have a superior belief system. They have learned from history that just because people who are in authority are powerful doesn’t mean that they are the right people to follow or trust. Hitler was elected by the people and he was one of the smartest people in the world, yet he managed to damage half of the world!

There is a certain age we all went through where we were constantly asking for explanations for every little thing that we saw. And while we grew out of it, it’s safe to say that a free thinker never did. Free thinkers never stop asking why. Life genuinely fascinates them, and they are hell bound on exploring and understanding every little aspect of it.

So, do you think you’re a free thinker? Tell us in the comments below!