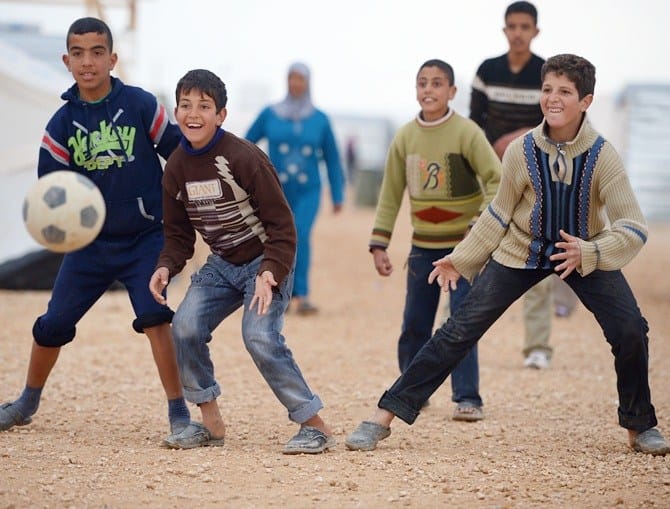 Egypt has always been like a home away from home to a lot of people from different backgrounds and nationalities. Over the years, the country has opened its arms and welcomed millions of refugees from different countries in the Middle East and around the world.

However, there’s always more to do. That is what we recently realized when United Nations High Commissioner for Refugees (UNHCR) and Terre Des Hommes, the child protection organization, organized a Football Championship League for teams of young refugees from Syria, Yemen, Sudan, South Sudan, Eritrea, Ethiopia and Somalia. The league also included Egyptian players representing Egypt in the competition.

The idea was for the teams to compete for the title of “The Best Youth Football Team in Cairo”. The Egyptian teams came from different parts of Cairo including 6th of October, Obour City, 10th of Ramadan, Maadi and some areas in Giza.

The finalists played the final rounds of the championship on two consecutive Fridays. The final game took place in the Olympic Center in Maadi, where the 10th of Ramadan City team was announced as the winner. All the participating teams were also honored during the final ceremony.

Another amazing and thoughtful initiative to make everyone feel included, but is it enough?

When refugees choose a country to call it their home, they expect it to feel like home. This doesn’t just happen by offering them a piece of land to live on. It takes effort and thought to make them feel included and part of a community, not strangers.

This initiative by UNHCR is a great example of that effort. However, it will be even more effective if it was followed by a series of other initiatives aiming at providing refugees with the life they hoped for and deserve.

We truly hope this is just the beginning of a more harmonious society.