Yesterday, an atrocious act was committed during the Algeria VS Nigeria game.

An ex-EFA member displayed his true character in the Cairo Stadium Presidential Cabin.

How, you may ask? By assaulting a volunteer.

One of the AFCON 2019 volunteers filed a police report against ex-EFA member Ahmed Megahed yesterday for assaulting her. 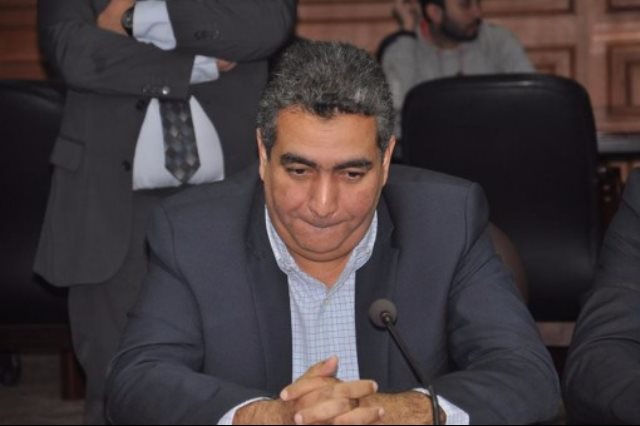 It all started when a Tunisian spectator was passing by in the cabin, according to the volunteer, who prefers to remain anonymous.

The volunteer stopped the woman to check if she had access for a certain part of the cabin.

This didn’t bode well for the woman, who proceeded to insult the volunteer and Egyptians in general.

Afterwards, a police officer asked the volunteer what happened and as soon as she started explaining, she was stopped.

Ahmed Megahed interrupted the volunteer, saying that she wasn’t within rights to explain what happened. He also said this was causing a scene.

To stop the words from reaching the guests’ ears, Megahed then proceeded to drag the volunteer by her hair out of the cabin.

He also ripped her accreditation pass and slapped her across the face. Yes, you read this right.

It’s noteworthy that Ahmed Megahed has intentions of running for the EFA in the next elections.

It’s been reported by Fel 3arda that this shameful incident happened in front of a number of Ministry of Youth and Sports representatives and other guests.

None of them did anything.