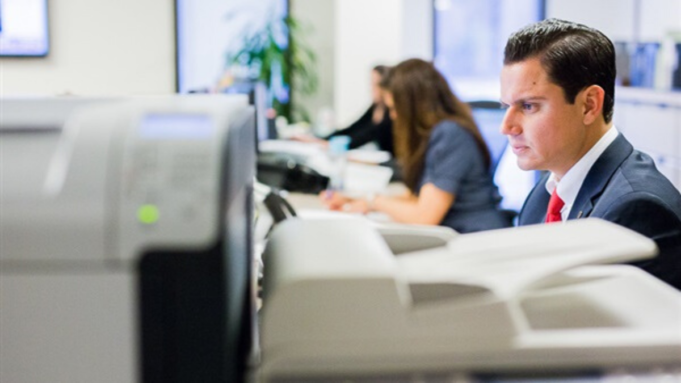 As the Coronavirus pandemic rages on, more and more people are now self-quarantining at home, all while hoping that the virus will eventually be quelled or at least contained. So far, only people in critical fields are the only ones not on full-quarantine, which is understandable, however, many seem to wonder why banks are still working during this pandemic, considering they’re where the virus can spread the most.

Because of this, a lot of people did start calling for the banks, which recently got a 9-to-1 workday, to simply shut their doors and suspend their work until the Coronavirus crisis passes, like other businesses.

Here’s the thing, though. Banks cannot shut down entirely or we will face a financial crash of colossal heights, but if they don’t have adequate safety measures in place, the pandemic will cast an even wider net and the economy will crash either way.

And since, banks are working either way, we asked a few bank workers how everything is being handled, in light of the Coronavirus pandemic still going on.

“I’d say that in terms of preparedness,” one banker tells us, “we’re doing the best we can. The number of people in the waiting room has gone down from more than 20 to only 8, we’re fully stocked on face-masks, gloves, and sanitizers.”

“Our branch closed the lunch lounges and has banned any fast food delivery,” another banker adds.

Regarding how things get handled in terms of suspected cases, the workers also had something to say.

“At my branch if anyone is feeling sick or tired,” one banker tells us, “they’re immediately put on a 14 day emergency leave, even if they just have a common cold. It’s a rule now.”

Adding on, the banker said, “Banks implemented a new rule, recently. 50% of the staff are on work-from-home leave while the other 50% go to the branch. In 2 weeks, we’ll switch.”

Even though a large number of banks put the 50-50 rule in place, there are still a lot of banks who march to the beat of their own drum, judging that they can do things differently

“We haven’t issued leaves for everyone, per se,” another banker said. “But people with perpetual illnesses, pregnancies, and kids younger than 12 years-old have all been issued special leaves for now.”

“In my branch, things are honestly a mess,” another banker says. “Our administrators are already working from home but all other bankers can’t do that because we’re not allowed any leaves, even though we’re constantly dealing with clients.”

Reading this, as a working person, you may be a little confused because it seems like bankers forgot to take working from home into consideration.

But here’s the thing, though, most bankers we’ve spoken with told us that working from home isn’t an option for all bankers.

“Tellers, for example, can’t do their work from home,” one banker explains. “Their work is all about dealing with clients and physical cash. As long as there are clients going every day, tellers have to go too.”

“There’s also the problem that bank systems are only available on bank PCs because of privacy,” another banker adds. “So, it’s difficult to finish all kinds of work at home.”

“It’s not an option,” a third banker says. “Everything requires us to be there.”

But according to the bankers, there’s something that can be done to lessen the numbers of people going into the bank every day.

“Online banking,” one banker simply tells us. “We’ve been pushing that system for years trying to make it the mainstream but we’ve had trouble–people were a little iffy about it. But it’s needed more than ever now.”

“60% of what can be done at the bank can also be done online,” another banker says. “You’ll only need to go in for major deposits and transfers, paperwork, and loans. Some of these things are available on online banking systems, just not ours.”

The banker adds, “We can’t go fully online just yet because not all clients have that system in place and we’re only allowed to file certain paperwork at the bank. However, if more people go into the online banking system, the crowds will be minimal and less of a contagion-risk.”

“As for our bank,” another banker says, “we’re trying to update our online banking services to be sufficient enough so people don’t have to go to the actual banks.”

“Literally everything can be done online,” a banker says. “All services are available online so no one needs to go to the banks except in certain cases, like the new investment certificate — we complained about how that was a bad time to introduce it so we moved that service online…until clients complained they couldn’t understand it so we have to do that service now.”

On a total banking system shutdown, all the bankers we interviewed said they see that as highly unlikely and even borderline impossible.

“However,” one banker interjected, “if the pandemic gets more drastic, this will eventually have to happen for public safety. But all banks have to issue a unified statement if this can even happen.”

If you can, try to avoid adding to bank crowds. You may save yourself and others.