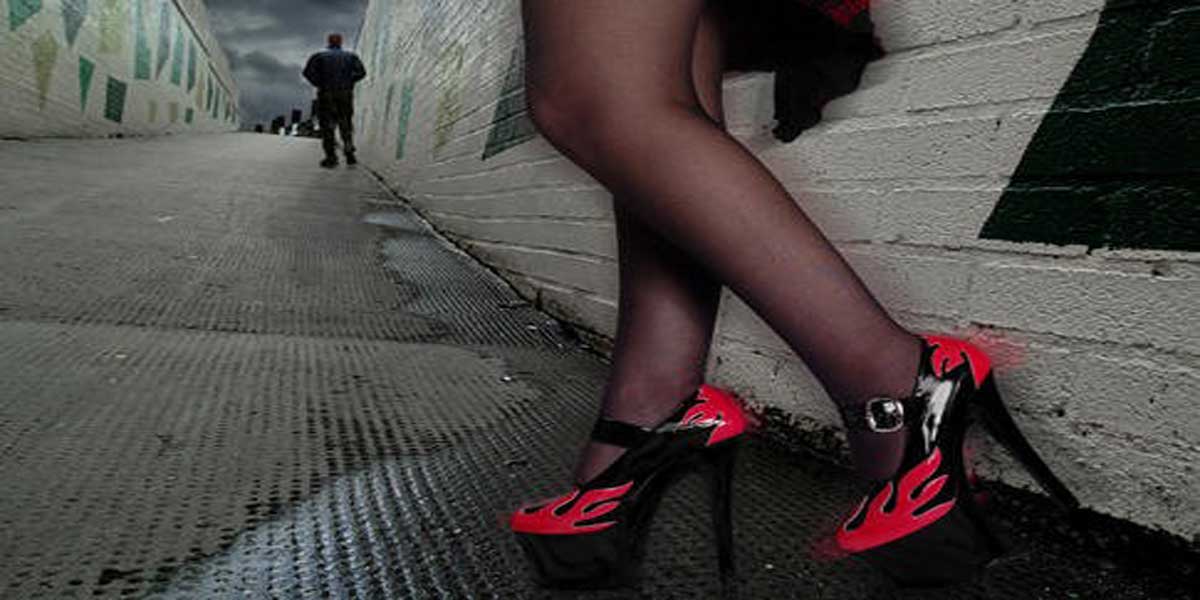 Even though it’s almost 2016, sex remains to be one of the most highly controversial topics, having been so since literally the beginning of time. It’s typically spiraled with taboos and misconceptions that vary largely from one person to another, let alone cultures. What about sex work? What stance does that topic take on in the eyes of the masses, particularly Egyptians? What are the real motives behind Amnesty’s Human Rights Organisation in their vouching for its legalisation? More importantly, how do Egyptians feel about THAT? We conducted a survey asking people how they felt about this bold move..

At the beginning of August, Amnesty, one of the most renowned modern world organisations, filed and approved a motion that consensual sex work is a basic female human right, in a world where poverty eats through a single woman most of the time. Knee-jerk controversy was the very literal term we’re using to describe the public’s reaction to such statement.

“I’m all up for it, but only if they get tested for STDs.” says R.E

Another source cites that “The consequences are almost the same since sex is still believed as “shame” not a human need and nature. So legally it will be accepted, but people would still call the girl a slut because she had sex without marriage or cheated on her husband, but when it comes to males being put under the same situation they’re excused on grounds of “They’re under a lot of pressure”, “They need relief” and “The male libido is much more active than the female’s”. All in all, women will still be oppressed, and men dominating.”

An Amnesty-associated ex-sex worker believes that women who saw it as “a job like any other” were a minority, and that “The vast majority of women working in this industry are abused on a massive scale”. Another former sex-worker gave out her opinion in The Guardian newspaper: “We feel that Amnesty International are supporting the men who are killing our women and it’s a slap in the face”, in belief that legalizing it would encourage more women to step into the job, and more men to be able to use and hurt them more freely.

“In a country like Egypt where education is still messed up and requires major reforms, I think this should be at the bottom of our priority list.” says M.S

“Depends on how it will be monitored and what laws would be controlling it, etc. If the legalization is in favour of the women involved, and isn’t abusive or discriminative against them, it would be great.” –S.L

Legalizing prostitution could be especially beneficial in how it would work on reducing the spread of STDs, and other harm-inflicting situations such as rape and abuse. When a sex worker is abused or raped by a client, or the person who employs her (her pimp, if you may), they most of the time never turn to the police or anyone for what it’s worth, punishing the criminal. Same thing goes for murder and other possibly dangerous scenarios, that are backed by a testimony of the rising number of killers who target sex workers as victims as they’re an “easy catch” and often go unrecognized and ignored by the public.

“What about it being a sin, how would you legalise that?” says O.Z

What we also need to consider is the reasons these women turn to such jobs; mainly being the victims of stark poverty and single motherhood with no financial backbone.

“Legalizing prostitution would not be wise; it goes against the Egyptian culture, the Islamic religion and many of the traditions and beliefs Egyptian citizens hold and live by. It would be met by none less than public chaos, as it’s still too early for Egyptians to be able to openly accept sex as the biological process and natural activity it is. Most of the country isn’t even remotely aware of basic sexual knowledge or background about the most important issues such as STDS, what rape is, different sexualities, the do’s and dont’s of sexual intercourse and so on.” says L.S

Egyptians need to have proper sex education before we get any near the legalization of sex work or even simply the acceptance of sex itself. Others argue that it’s definitely not our biggest problems that sex work isn’t legal when the city is grappling to keep its head off the water due to so much poverty and riot.

Amnesty’s battle against the general public is still ongoing, and we don’t know how effective it would be if it took action. Although most of our sources have a positive view on legalizing sex work, they’re still overwhelmed by its effect on the Egyptian culture and how difficult it would be to incorporate such thing in it.