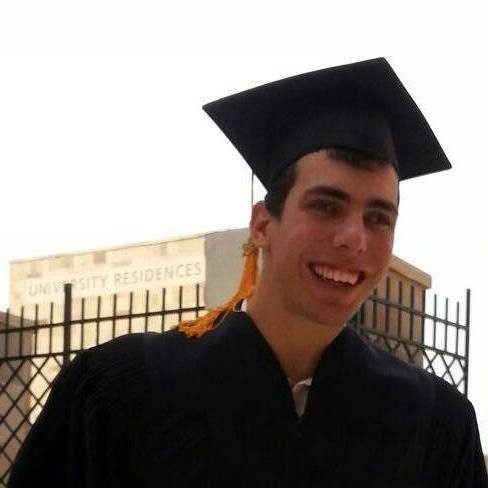 Magdy Shahir Abdel-Sayed, 24 years old, was born with a disability called Cerebral Palsy. It is a common form that effects the cognition and physical ability but, in his case, affected him physically and only slightly. He went through two intensive surgeries to correct a percentage of his disability. After each surgery, he was faced with a choice to make, whether to sit in a wheelchair because of the extreme effects of the surgeries or to get back up on his feet. He extremely disliked the thought of sitting in a wheelchair and went through intensive physical therapy to get himself off the wheelchair and walk with a walker. He said, “I don’t let my disability get in the way of anything I want to do in my life.”

In 2008, he was awarded an award from Cambridge University for the Egyptian student who overcame the most to achieve his goals. Also, that same year, because of his love for music, he had an internship at Nile FM. He is currently an active volunteer at an NGO called Helm, which focuses on the employment of people with disabilities. He hopes to change people’s perception in Egypt of people with disabilities. Most recently, he took the training of trainers (TOT) course, which is about leadership, team-building, time management and all the skills that make for an effective trainer. He took this course to potentially work in the field of training and development in the future. We thought that he was a true inspiration and for this reason we wanted to know his present and future plans. 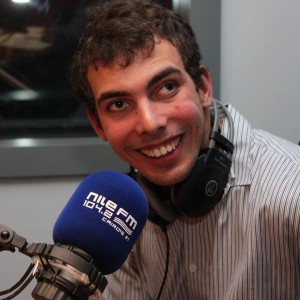 1. What according to you, is the purpose of your existence?

The purpose of my existence is to inspire people.

My main inspiration is my family who have always pushed me to be the best I can be. My friends are also a huge push and inspiration to me for always treating me like everyone else and not judging me for my disability. Music is another key inspiration in my life. It is the driving force in my life that helps me keep smiling, achieving, and being the best that I can be.

3. What’s the first thing you do after waking up?

The first thing I do when I wake up is pray to God for all the blessings I have in my life then, I listen to music. Music makes up a huge part of my life.

4. What do you do when bad things happen in life?

When bad things happen in life I don’t let these things bring me down. No matter how bad a situation is, it could have been worse. I take the bad things that happen in life as lessons which help me grow and become a wiser person.

5. Tell us more about Helm and why it is important?

6. How do you or other leaders in your organization, Helm spread the organization’s core values?

He spent the first 10 years of education at the International School of Choueifat, then he transferred to Modern School of Egypt (MSE) with high honors in June 2010. He recently graduated from AUC; Communication and Media Arts major in February 2015. He also joined a variety of activities at university, including the First Year Experience program, the Student Union and Enactus which shaped the person he is today.