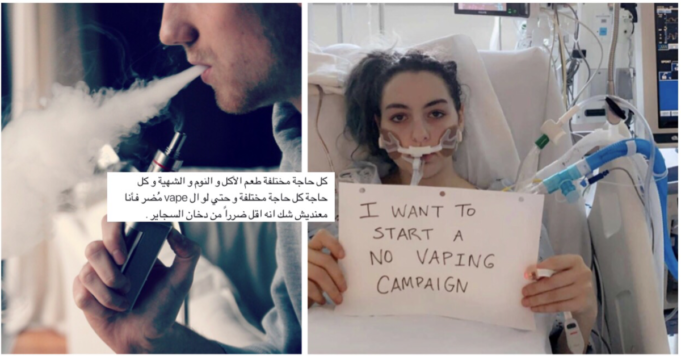 For a couple of weeks now, news has been going around about the harmful – and possibly fatal – effects of the “Electronic Cigarette” commonly known as the Vape.

On August 24th, an American citizen has reportedly died as a result of vaping. At least, that’s what they attributed the death to. Saying that it was caused by a very dangerous respiratory system disease.

However, it was discovered that the THC found in the man’s vape is what triggered the disease which eventually led to lung failure.

THC is short for Tetrahydrocannabinol; and the chemical definition for it is: a crystalline compound that is the main active ingredient of cannabis.

When this piece news spread around, people started panicking but quickly calmed down after learning about the whole “He added weed” thing.

Doctors commenting about the incident said they’re positive vapes containing weed and dangerous substances, in general, are fatal. But they weren’t so sure of the Nicotine ones. 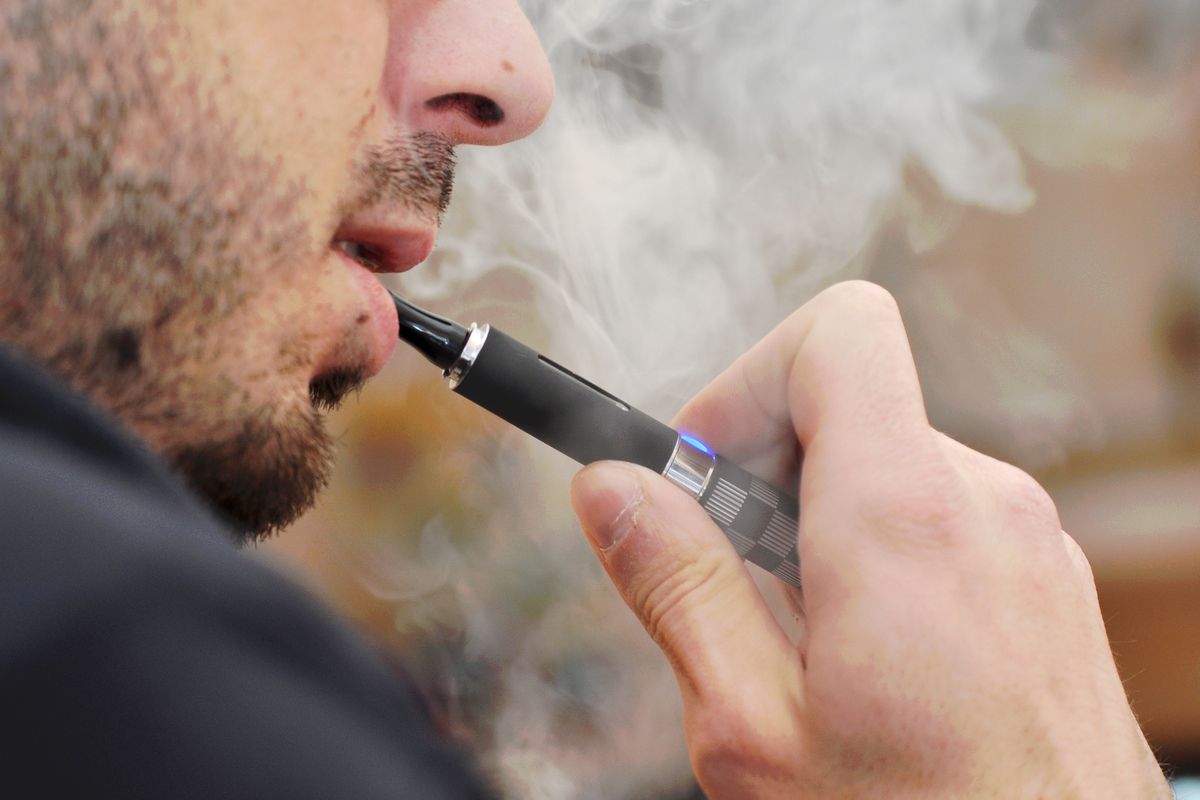 Well, unfortunately, you might really have to still worry even if it’s a nicotine mixed vape. Because, just a couple of days ago, a girl with the name Simah Herman literally almost died.

She also wants to start a “No Vaping Campaign“, which you’ve probably heard about after seeing her post on many of your friends’ Instagram stories this week.

And that’s according to her own words:

About 2 years ago i started having terrible nausea issues. that turned into being unable to eat, sleep and just live normally. 2 weeks ago i started having trouble breathing. it took 48 hours for my lungs to fail which led to me being put on a ventilator. This is all because of vaping. Vaping is advertised as “a healthier alternative to smoking” which is false. whether it’s nicotine or weed vaping can be fatal. I was lucky. the doctors didn’t think i was going to make it but with prayers from family and friends i pulled through after almost a week on a ventilator. No one thinks this will happen to them and neither did i which is why i kept vaping. It took less than 48 hours for me to be put in a drug induced coma and a tube put down my throat because i could no longer breathe on my own. The dangers of vaping are real and this can happen to you. Please don’t let it. It’s not easy to quit, nicotine is a very addictive chemical but the more you vape the more likely you are to end up where i did. take action and don’t let this happen. please tell your family and friends the dangers of vaping because no one realizes until they’re put in a situation so serious. i’m sharing my story so you don’t have to have your own. get help please and if you need someone to talk to i’m here to help anyone who needs it. Don’t let vaping win. take back your life and quit smoking. it’s just not worth it. @truthorange #bigtobacco #vapecommunity #smokingkills #dangersofvaping #dangersofsmoking #vape #juul (i didn’t end up having pneumonia. the signs of respiratory failure from vaping make it look like pneumonia, if they didn’t find that first i would have died)

As Herman said, vapes have always been advertised as the healthier alternative to smoking. And unfortunately, some people took this statement and abused it.

Many young people are now moving towards vapes, because they’re still living in the illusion of it being free of any health hazards. They refuse hearing anything about the possibility of it being life threatening or fatal.

However, we decided to get some vapers’ insights on the topic and ask them whether or not they really do think it’s fatal, in light of what happened to Herman:

“I personally don’t think any of the claims are true. I do understand there has been a fatal case and another that almost died. However, the first was because of drugs, not the vape itself. And the second could be because of an already-existing lung disease; we’ll never know for sure. That being said, I can’t say I wasn’t a bit scared since we don’t really know what effects it really has on the human body. Especially on the long run. So I’ve taken the decision to quit; I just don’t know when yet.” – Vaper Assem Mohamed, 24.

“I think it has its risks, especially long term risks, which we don’t know of yet. I don’t think it’s as bad as cigarettes. So for cigarette smokers, it’s worth the risk. For non smokers who do it for fun, I think that’s stupid. The current cases, however, all seem like individual cases and I’m not convinced to quit it just yet. Will take the risk rather than go back to smoking 2 or 3 packs a day.”  Vaper Raghda El-Sayed, 28. 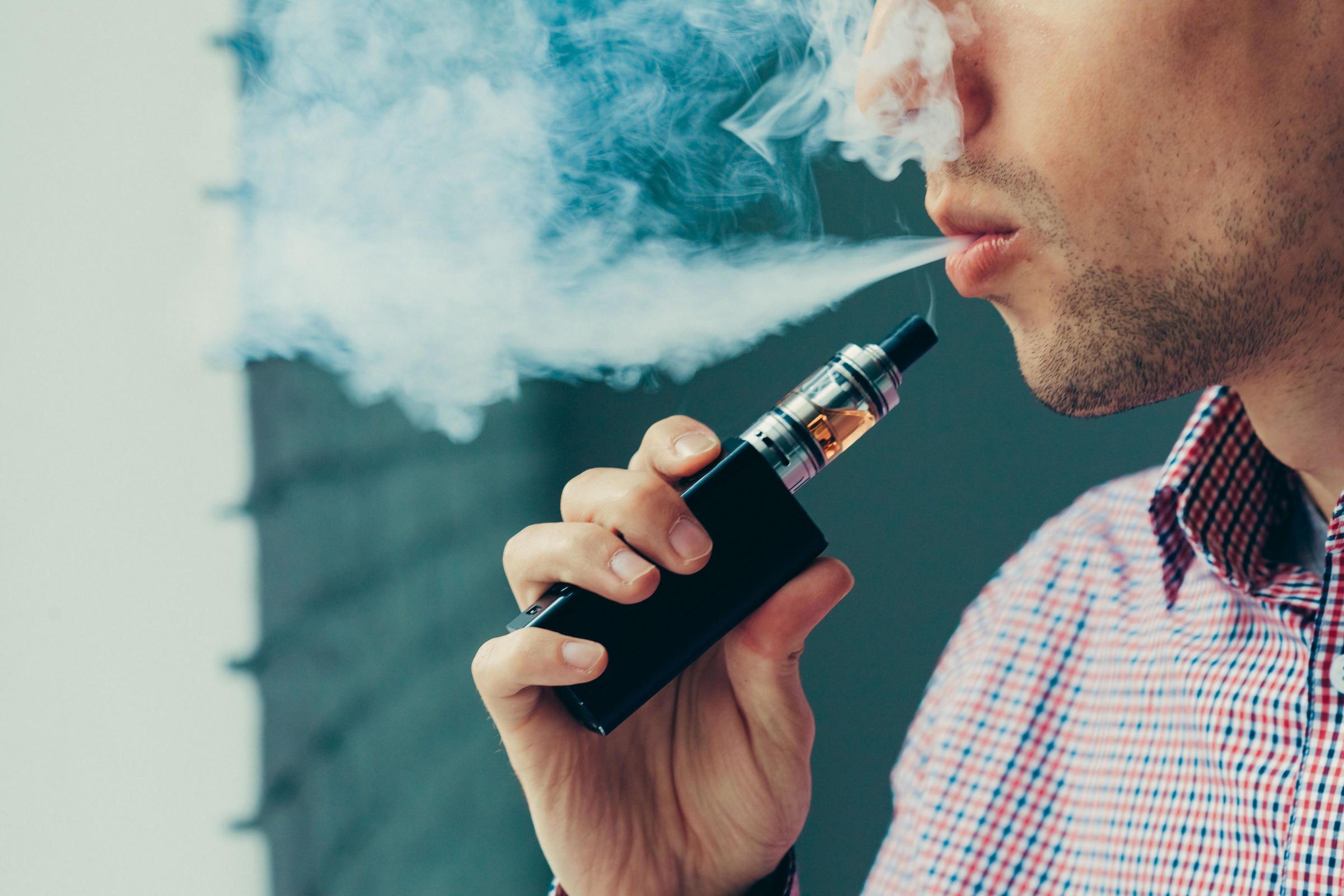 “I’ve been vaping for three years. Honestly, there are different lines where one could get his vape’s liquid. I always prefer the American made, because I could never be sure whether or not it was inspected if it’s made in Egypt. I also use something called ‘Salt Nicotine’ which lets you add whatever amount of Nicotine you want without it affecting you, because it’s supposed to naturally decrease the concentration.”  – Vaper Ahmed Mostafa.

Mostafa used to be a heavy smoker and ever since he switched to vape, his breathing patterns got better and unlike before, he can run or do any type of exercise without suffering the consequences.

“The girl who almost died could just have either used an expired liquid or messed up the percentage of the Nicotine she added in there,” Mostafa added.

So, long story short, according to almost all vapers; it’s not about the vape itself as much as it’s about the way you use it and add and mix the percentages of liquids and Nicotine.

Nevertheless, they all also confirmed that they’ll never be 100% positive whether or not the vape itself could internally be doing anything to their bodies. But, according to them, it’s better than the cigarettes, at least.

On the other hand, the way we see it after Herman proved the possibility of death that could come with smoking “the Nicotine Vapes“, we think all of us should be cautious from now on.

We do understand that just like smoking regular cigarettes, quitting ain’t easy. And we also get the whole “we’re not certain about the vape fatality” and “At least, I’m not a heavy smoker anymore” thing.

But even if we aren’t sure, why risk it at all? Why stay convinced that it’s actually healthy when there’s a big possibility it’s not?

All we’re saying is we should start thinking more about what we consume and what it could to us. And if you guys think smoking kills so you stick to its alternative, think again because it might kill too.