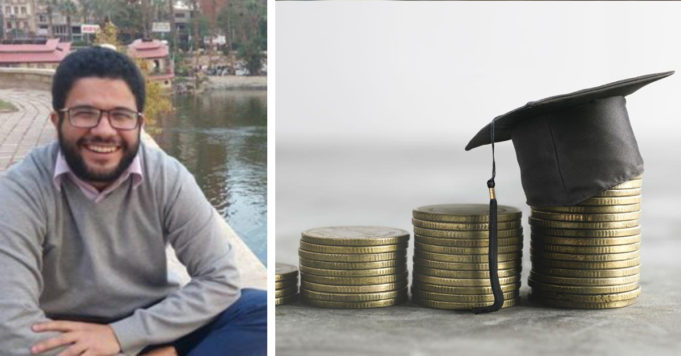 How many times have you come across an opportunity abroad for a program, masters degree or an internship and you had to give up on your dream of joining just because you can’t afford it? 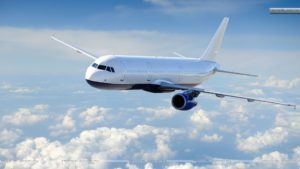 We’re quite sure that the answer would be a hundred times plus! Especially after the devaluation of the Egyptian pound, making it seem like a mission impossible to finance a Visa, flight ticket and a stay abroad!

You surely must’ve heard tons of similar stories, so we’re taking you on a brief journey to the extreme opposite story.

On the greener side!

A story with a happy ending, where Ali Fathalla actually figured his way out of the financial dilemma and is now in Canada, attending the program he worked hard to get. 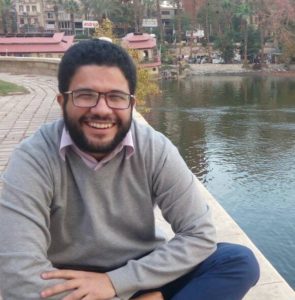 Who’s Ali and what’s his story?

Ali Fathallah is a Nano-technology student in Zewail City for Science and Technology. In summer 2017, he was working along with a team on a research paper that has later been approved to join NEWCAS IEEE conference in Canada (24th-27th June, 2018).

To make the most of his learning experience, Ali wanted to represent his own paper in the conference, and also contacted a professor at the University of Montreal so he can join his research team for summer 2018.

By that time, Ali only had around one third of the required expenses (including flight ticket, Visa and living expenses), but he had multiple options.

His attempts to secure the required funds

First attempt was to work and earn the remaining two thirds, which of course was excluded after doing its simple math. He realized that he needed to work full-time for 8 months straight, which wasn’t possible because he’s a student and of course because the conference and the research team wouldn’t wait for him.

Second option was a routine one, which usually doesn’t render any positive results, but he still gave it a shot anyway. It was applying to get the fund he needed from organizations (governmental and nongovernmental) that support scientific research in Egypt. He made a list of 11 organizations, contacted them all and and even paid them a visit, yet unfortunately it was all in vain. 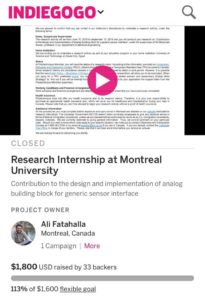 He finally figured out something that actually worked!

Because as he quoted: ‘Hard work pays off’, finally the last option worked for him.

He started an online fundraising campaign and shared it on social media. He used www.indiegogo.com, where he introduced himself, told his story and explained why this fund would be so important for him. He also attached the acceptance letter, and included accurate figures of his expenses in Egyptian pounds, Canadian and US dollars.

As a way to give back to the community, he promised to pay it forward by conducting sessions and workshops covering the content he got to learn in Canada when he is back in Egypt.

Tips and advice from Ali

During our conversation with him, Ali highlighted that the most important part is that the backers (the ones who donate) really trust and believe you. They have to be sure of your honesty and responsibility before they pay a penny. And as we mentioned above, he listed every detail of why he wanted to travel, hence he was able to gain their trust and consequently their donations.

We find the guy extremely bold (he was not shy or ashamed of asking for donations), creative (we don’t find a fundraising campaign on social media everyday) and extremely persistent.

Right now while you’re reading this, Ali’s in Montreal, having the experience that was once thought impossible after several failed attempts to raise funds.

Want to fundraise for your next internship?!

In case you find yourself in a similar situation one day, you’ll find the post he shared on social media, and his claim on indiegogo.com.