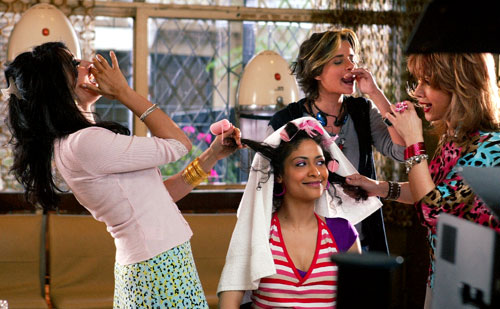 As girls in the Egyptian society, parents and authority figures prefer to shield us from any kind of information about sex. They deem the topic ‘inappropriate’ for such angelic and pure creatures. Little do they know, right? In a previous article, we asked Egyptian guys how they came to find out about sex so we thought it’s only fair we also give girls the centre stage and a microphone to tell us how they managed to know what sex is in our conservative society.

1- “In science class, but I wasn’t really sure humans actually did that. There was a diagram and everything; I didn’t ask anymore questions and I also failed the exam on the topic. My teacher used to make dirty jokes to make the topic fun, but it was all so theoretical to me. I didn’t get it.”

2- “It was a collaborated effort at first. One friend told me how it happens, and I was left to my imagination to think that a guy pees inside a woman, and then another friend told me what really happens.”

3- “I found out about sex from movies. It also helped that my first boyfriend took it upon himself to teach me all about the wonders and technicalities of sex.”

7- “I don’t remember AT ALL. I think I found out about sex from my friends at school, but sadly I have no concrete memory of that specific moment.”

8- “I was a horror movies fanatic as a kid, so I used to watch ‘Nightmare on Elm Street’ a lot and that movie had a lot of sex scenes. But, I never used to question what these people are doing. Then the boys at school used to make comments that I didn’t get. So, my childhood best friend and I started researching about sex and that’s when we stumbled upon a website called “www.pleasebangmywife.com“. We were hit by a storm of images and information. I still had many questions and didn’t know who to ask, then one day our maid explained to me what sex is from A to Z starting with that there’s a thing called ‘gens’.”

9- “I was in grade 7 and there was a rumour going around that a girl in high school isn’t a virgin, so I asked “what’s a virgin?” and my best friend at the time, who was a guy, kindly made everything clear.”

10- “In 5th grade, one of my friends told us that her sister talked to her about something called “sex” and that it’s basically a man and a woman touching. It seemed so disgusting and I was shocked. A few years later, I started watching movies with sex scenes in them so I understood, and the fact that the internet was booming at that time made accessing the information easier.”

11- “I was around 9 when my older brother and I were watching television and two people were kissing on screen. I remember telling him that now they’re going to have babies. He looked at me and said, “kissing is not how people make babies” and it was like my world had shattered. I asked him questions and he was happy to be helpful.”

12- “Back in 6th grade, our driver who took me to school everyday explained to me what sex is one morning. He told me that the only reason he’s telling me this is because he overheard me talking the day before to my friend about a boy and thought I should be more careful around boys because they only want one thing from girls.”

13- “As far as I remember, it was on TV. An uncensored movie that dad brought with him from Russia. I think it was a horror movie called ‘Jason’, and the sex scene was in a tent! That’s the first sexual memory I have.”

Only one out of the thirteen girls we asked confessed that she learned about sex from her mother! In our society, you don’t get “the talk” from your parents when you reach a certain age. Girls are supposed to be left in the dark about sex until their wedding night; something is definitely not right here.