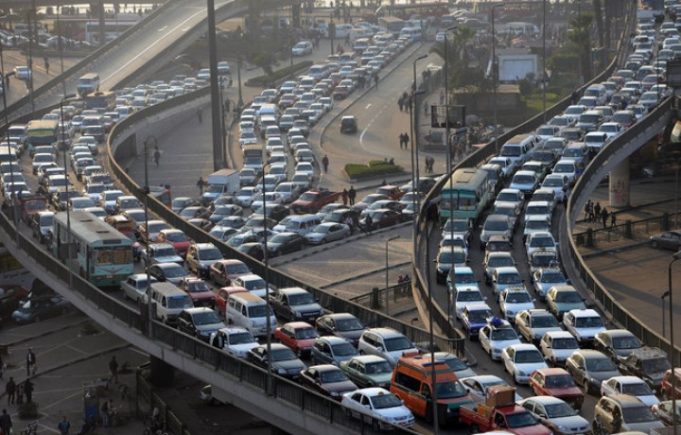 The one and only ‘October Bridge’, the place where you probably spent and will still spend more than half of your lifetime, we know. The one bridge you can hardly avoid and the way to basically anywhere and everywhere. Traffic on the bridge can give you the chance to literally do a lot of things in the meantime from checking your phone to taking a nap!

El 7agat el benshofha on October Bridge is truly beyond what words can explain. The question is what would happen 50 years from now to the structure that represents the heart of Egyptian traffic?! Would it stand strong till then or would we have alternative routes? We gave it a good thought and like to think that 50 years from now, technology will kick in and things will become less stressful and time consuming. To keep it short, we thought how it would look like 50 years from now, aiwa f 2067! 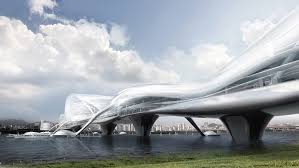 We are just concerned it turns into a tunnel later on and get the typical scenario of fe 3otl fel takeef, and we are left to traffic and suffocation as well. 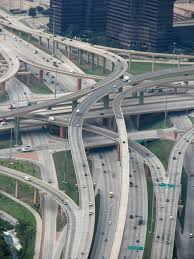 Too much, sah? Wes3t menena? Imagine October bridge gives you an option to choose either of three levels to ease up the heavy traffic. We are dreaming; they won’t pay a penny to add even a lane my friend!

3. The car won’t be moving; the streets do like a moving travelator!

Instead of being stuck in the traffic and daydreaming to the extent that you end up bumping into el Fiat el 128 samawy, you’ll probably be taking a nap until an officer wakes you up with a slap on the face!

4. We will probably be driving flying cars and October bridge will be a monument! 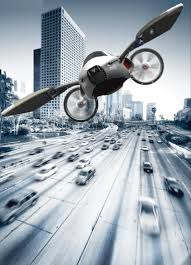 With the rate of evolution Egypt is taking, I think that in 50 years we will still be talking about the ABS breaks of the new Hyundai!

5. It will turn into a vendors’ arena like everywhere else in Egypt! 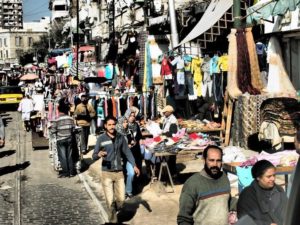 You will probably hear your mum asking you to buy el khodar mel ragel el 3ala kobry; let’s hope for a Starbucks drive through 3ala kobri as well!

6. It will stay the same, nothing will change!

Our only reply to that is pure silence!

The conclusion we reached from speaking to colleagues around the office is that there is always an alternative to a route in Egypt. We will drive 3ala raseef if need be! Don’t hope for a change in less than 200 years from now. Till then, make sure you have some snacks and a fully charged phone to keep you company!