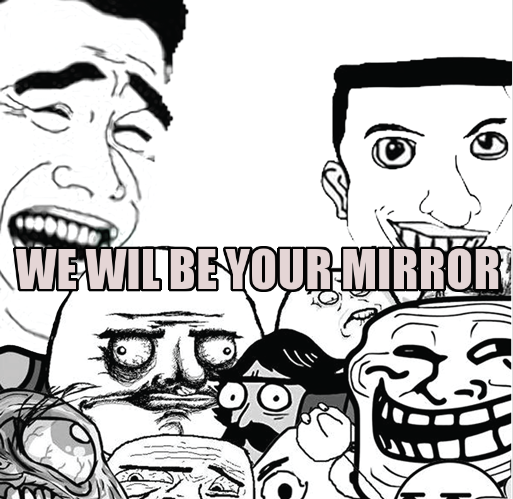 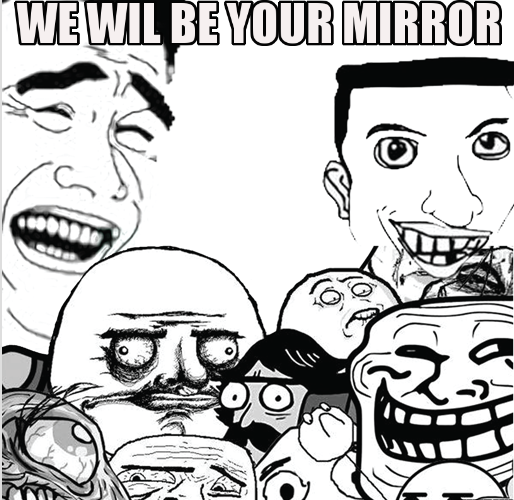 “I have many problems in my life, but my lips don’t know that. They always smile.“ -Charlie Chaplin

This quote can simplify the definition of being an Egyptian; we believe that the most wasted day in life is the one in which we have not laughed. Our daily life is full of disasters, from explosions to cities drowning in rain and a very long list of dramatic events that shouldn’t make us even as much as smile. But as strong as we are, we manage to somehow turn those disasters into jokes and laugh at our own sad reality.

The city flooding during the winter season due to the poor infrastructure? So what? We are creative enough to deal with this one, and overcome it:

If you want to cross the street we’ve got your back; we can provide you with your choice of ride service whether a boat or a lift. 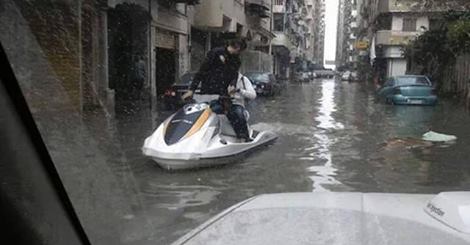 Like the view? Why not pull a sofa and clear your mind by fishing? 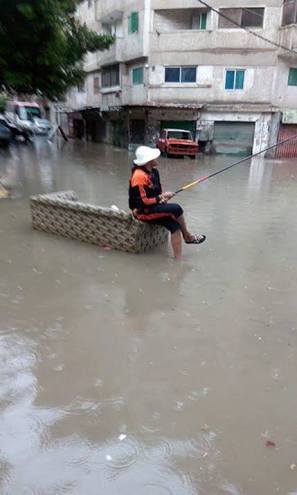 When it comes to politics, we’ve got our fair share of disasters, especially when the government is taking a decision!! 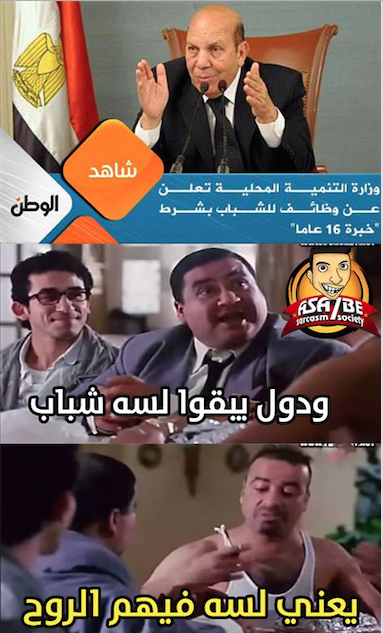 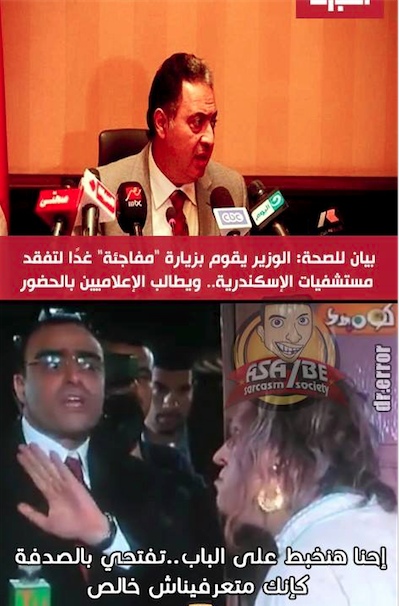 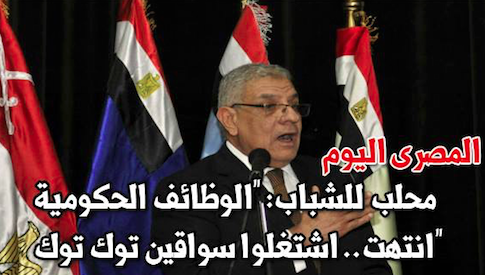 “Burg Al Arab” stadium was to host a World Cup 2018 qualifier game between Egypt and Chad; one week before the game, rain got the better out of the stadium. 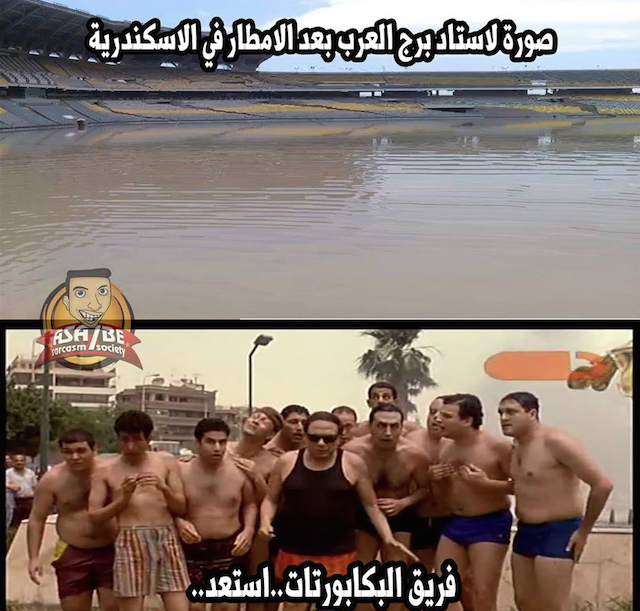 Who said we can’t have a water polo stadium??

A study on women, conducted in several countries, revealed that the Egyptian woman top the list of the most “Nekadeya” wife of all time, earning her the title of the “Queen of Bile”. 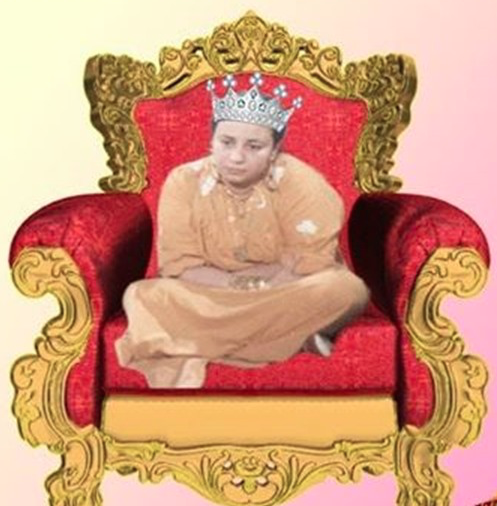 That’s literally a disaster, but how do Egyptian women feel about that?

In 2015, the Egyptian elections all had one thing in common: the absence of a large number of voters. This should be considered a political disaster but in the Egyptian eye it was only another joke: 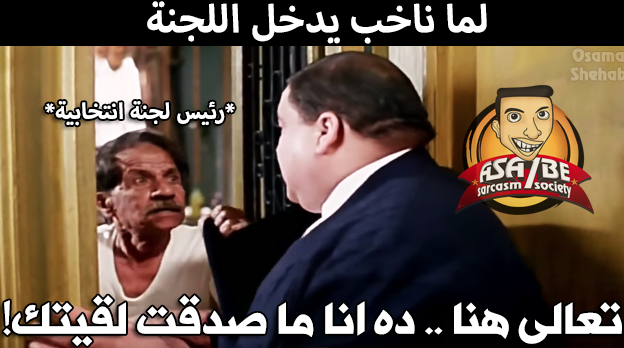 It’s all a matter of how you perceive things. We prefer to use sarcasm and make a joke out of what’s happening around us rather than seeing how things truly are. It’s simply due to the fact that we Egyptians are unbeatable, ya gabal ma yehezak ri7!!