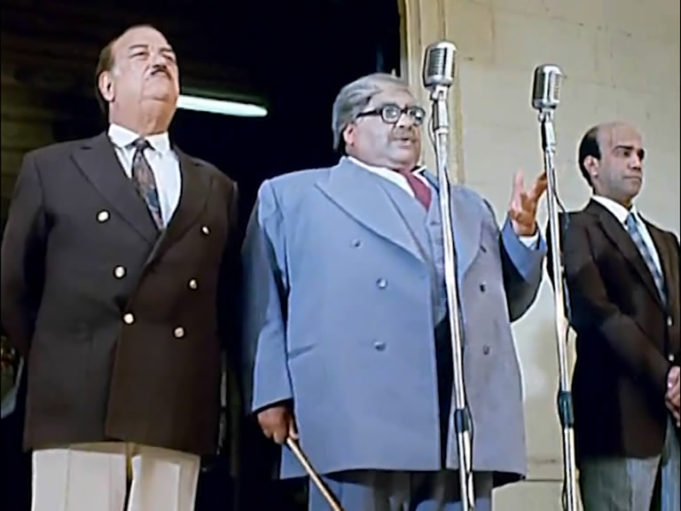 The “laylo laylo” days we’ve seen in El-Basha Telmeez movie are far behind us. We’re in college now and we know that we won’t be friends with Cabo or Hamza. We most definitely won’t be going to parties every night or riding motorcycles behind Bassyouni Bassyouni! One thing we know though, is that professors are every student’s nightmare! They make or break our already miserable university life which is far from El-Basha Telmeez Trivia! Here are the types of professors we meet in college:

We’ve all encountered one of those. They are the ones who insist on speaking English even though they quite frankly know nothing about the language. And you find yourself stuck in class trying so hard not to cut your ears off from all the “Za”s you have to endure!

Because of this type of professors we cry our eyes to sleep every night. One might think that the professor’s job is to explain and facilitate the material for his or her students, BUT NOOO! The slides Guru simply reads the slides in class, because you obviously can’t do that on your own.

These are the special ones. Whether she’s a woman and she gives all the eligible bachelors in her class straight As or a man who is all about receiving compliments from beautiful young women who technically deserve an A because, well, their attractiveness could and will take them places in life!

Don’t we just love this one? What better way to attend classes other than having a professor scream and shout at you for no apparent reason whatsoever? One minute he likes you and he’s teaching a normal class, the next he’s screaming at the top of his lungs and giving you Fs because you’re a failure.

This is by far the only professor we look up to, or at least envy. He’s constantly telling us about his travels. What he did in Bangladesh, right before he attended a conference in Tanzania. He’s just been all around the globe and he is not afraid to show it off!

Admit it, out of all the professors in the world, this one is the worst! We just can’t help but hate how he thinks he owns the world. He is constantly telling us about how he has done that and won this prize and walked this milestone. Seriously dude, I mean professer, take a chill pill and chillax, you are not that great.

Some professors give you the feeling that they should have majored in psychology instead. These ones constantly give us advice and involve us in their private life stories that we honestly want nothing to do with. Seriously professor, we don’t care about what happened between you and “Meratak” yesterday.

Just when we thought our parents have done their fair share of parenting, El-Motadyen professor comes and proves us wrong. Seriously what “El-Geel El-Gdeed” is doing is just very wrong. Back in the old days, students would respect university and professors more. As the saying goes, “Kom Lel Mo3alem w feh El Tabgeela Kad El-Mo3alem An Yakoon Rasoolan”.

Think we missed on other types of professors? Tell us in the comments below!