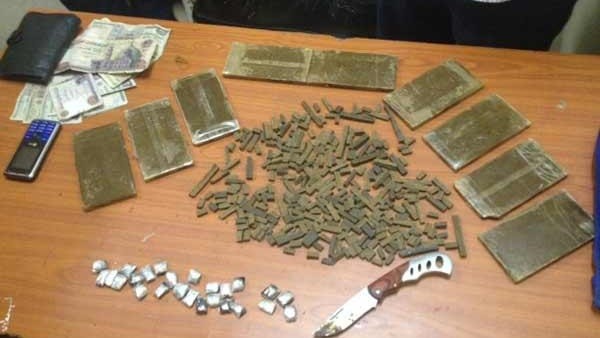 There is an increasing number of  drug dealers all around Egypt; many of them don’t necessarily do it willingly but were actually forced into it. We met with a dealer in one of Cairo’s notorious districts and asked him why he chose to get into that line of business. His mother was harrassed by dealers, his older brother got jailed trying to rescue her; and he felt the need to take revenge somehow!

This article is about a real person who is going through real problems.

Tell me briefly about yourself, where are you from and  what’s it like growing up in your neighbourhood.

When I was young, I would spend my time playing soccer, work sometimes with my father, and pray every single prayer with  him and my older brother. I always picked up fights with other kids who teased  me about my family.

How and why did you start drug dealing?

My brother went to prison; I was desperate to collect his bail money.  A friend suggested we buy and sell hash and make big money. You could buy hash for as little as 200 LE but sell it for so much more; within the year profits could double. I made sure to deal with the older people who always treated me like crap, outsmarting them and getting them in debt.

Are you satisfied? Would you rather have a normal job?

Of course not, nobody wants to be a hash dealer. I would have much rather been a coke dealer hahaha, but all  jokes aside, all I ever wanted to do was sell car spare parts.

Is hash the only thing you ever dealt in?

No, I worked in weapons, pills, and coke for a year and a half; I also used to make voodoo(weed). 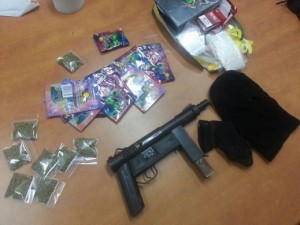 Tell us about an interesting incident you had to encounter while dealing in guns?

During one of the artifacts deals, someone fired first but we couldn’t see who it was so we hid for 3 hours in the pitch dark until the sun came up.They caught us and we were taken in as hostages; a friend  came and freed us later.

Are the police aware of what you’re doing? Did you ever get caught?

Of course, they are. Occasionally, I have to pay around 200 LE and a “soba3” to let me be. One of them asked me to identify myself, not realizing who I was, and threatened to torture me in jail if I don’t reveal my identity. I got caught many times, but it was fun having them think I was someone else.

Is it lucrative; do you incur loses?

All the drug dealers “da5leen gam3eya” and no matter how much we earn, the police takes all our profits. No matter how much you work, you still lose because you find yourself spending your money on women, drinking or whatever else you like to do.

Do you use it?

Yes and no; I use it instead of money to pay bribes. I don’t go by the popular quote “taba5 el sem beydo2o”.

What do you hate the most about dealing?

The fussy picky customer who gets top notch quality hash and still asks for better as  if they’re the experts. They either want extra pieces or custom made hash kinds, “kolo wahm”.

Where do you get everything from?

Gabal matroo7 for hash, and weapons from Sinai.

Describe the process from getting the hash till rolling the blunt?

While getting hash, we’re at a risk that the other dealers may give us fake hash, or the police might catch us, and that’s  like 25 years in jail. I always ask God to help me because I’m not hurting anyone. We call other dealers to sell large quantities to lesser ranked dealers, and then we start cutting the pieces to smaller quantities “el sawabe3” and wait for the popular demand.

How much money did you make?

I made millions but you close your eyes and open them and it’s all gone somehow.

Worst thing that ever happenned to you?

When I had money, I always had friends; there was always  someone to wake me up, buy me food, wash my hands, and do everything for me. When I became broke, none of my old ‘friends’ would even answer my calls because they knew I didn’t have money.

People treat dealers as if they’re not human, how do you feel about that?

At first, people are afraid to approach us, but how we communicate with them makes all the difference. In reality they don’t like us, they like the hash. I don’t feel sad about being labelled a dealer; I’m not a thief. People come to me and pay money willingly in exchange for the hash. Some dealers have dignity, others have lots of money but no dignity. In this business, I discovered that people would beg you and kiss your feet to sell them hash. If it were any good, I would have been smoking it; I wouldn’t lose any money over it.